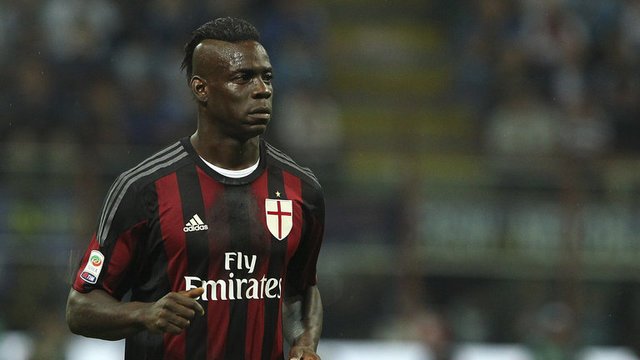 Although injuries have interrupted his season, Liverpool striker Mario Balotelli has had a frustrating time since returning to Serie A side AC Milan on loan, but the Italian hit-man isn’t the only one upset with his performances with Rossoneri boss Sinisa Mihajlovic hinting that he may not feature for the side again.

“We should’ve scored a third goal and not risked it at the end,” said the Serbian manager, who introduced the 25-year old as a late substitute. “It is also my fault, as those who don’t sacrifice themselves for the team to the 94th minute will no longer set foot on the field,” he fumed before singling out the on loan Reds striker. “It wasn’t just Balotelli, there were another two or three as well as him, they know who I’m talking about.”

Whether that actually means that the controversial striker has played his last game for the Serie A outfit remains to be seen, but it’s looking less and less likely that he’ll seal a permanent move back to the San Siro stadium — though his agent Mino Raiola has stressed the relationship between Balotelli, AC Milan and Mihajlovic is better than the press believes.

“Problematic relationship with Mihajlovic?” rhetorically asked the so called super agent in an interview with MilanNews.it following the meeting with Genoa. “I do not see problematic relationships, you are making it up,” continued Raiola in typical fashion, deflecting from the problem and blaming the press for any dischord. “There are no problems between Mario and Milan.”