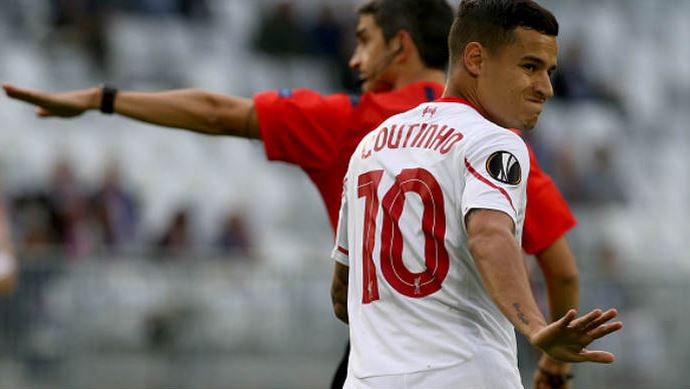 Cup competitions have provided Liverpool a much needed distraction from their faltering league campaign with a chance to secure a spot in the latter stages of European competition on offer when FC Augsburg visit Anfield in the Europa League and a shot at securing a 9th League Cup at the weekend when the Reds go head-to-head with Manchester City in the final — a piece of silverware that Philippe Coutinho is desperate to secure.

“Winning a trophy with Liverpool would mean a lot to me,” said the Brazilian midfielder, knowing full well that there’s still work to do before the trip to Wembley. “It is a very important game but we have to think about Augsburg first and then the final,” he explained. “We have a good chance to win the trophy and we have to give everything to take this opportunity. Everyone knows it is very important.”

Having only just returned to action after spending just over a month on the sidelines with a hamstring injury, Coutinho is primed to take a run at the trophy. It’s been three-years since the Brazilian arrived from Inter Milan and this is his first shot at helping the Anfield outfit add to their extensive haul of hardware.

“I am happy because I am back playing,” said the 23-year old. “It was a bad time for me when I was out of the squad with injury but I am happy now,” enthused Coutinho before adding, “I hope I can give my best between now and the end of the season and help my team-mates.”