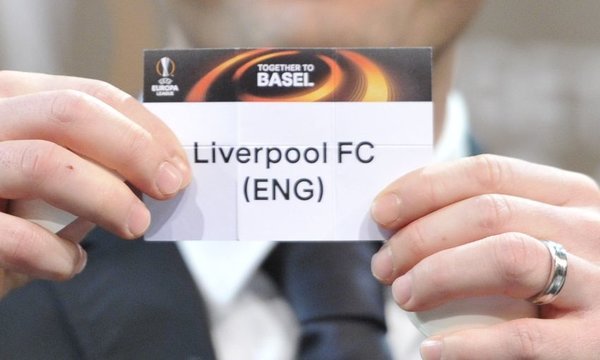 After narrowly navigating to the later stages of the Europa League with a win over German side FC Augsburg at Anfield yesterday, Liverpool face a two legged tie with Manchester United in the Round of 16 after being drawn against their arch rivals earlier today.

“That’s great. We deserve these games, with the game yesterday,” said Reds boss Jurgen Klopp, reacting to live to the draw during his press conference ahead of the League Cup final on Sunday. “It’s not easy, but you can ask my staff, they asked me yesterday ‘who do you want?’ I said ‘Man United’,” explained the German manager. “Now life gives us the chance to make it better, so that’s what we do,” he continued with his trademark smile. “In this round there was no easy game, so Man United—good!”

An early penalty from James Milner was the only thing separating the sides over two matches with neither side able to truly take advantage of the chances that they created. While that may have been just enough to get by the Bundesliga side, there’s no question that the Reds will need to be better if they’re going to get past their age old adversaries. The first match will be played on March 10th at Anfield with the return leg to follow week later at Old Trafford on March 17th.

“I was in the gym [when the draw took place]. I think everyone got the message that it was Man United,” Liverpool ‘keeper Simon Mignolet told the press. “If you see all teams left in there aren’t any easy games. They know us as good as we know them so it makes no difference,” mused the Belgian shot-stopper. “Last game we played at home we were better team. We have to stay calm.”