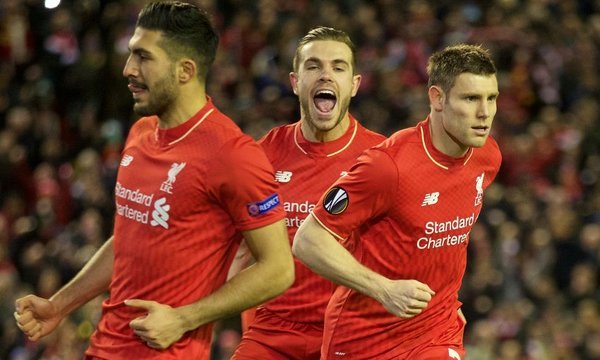 When winning is all that matters it’s hard to complain when you do just that, but it looked like Liverpool were giving nothing more than the bare minimum as they snuck past FC Augsburg and into the Europa League Round of 16 on the back of James Milner’s early penalty.

Picking up exactly where the first leg left off, both sides struggled to finish their chances despite creating a decent few. The hosts were the better side for large swathes of the 90-minutes, but that’s not saying too much with neither team able to truly grab this game by the scruff of the neck and make it their own. Even with the League Cup final looming large at the weekend, Reds boss Jurgen Klopp pulled no punches and named a strong side, but their lack of a cutting edge in front of the net was telling and they were almost punished by their plucky visitors on more than one occasion.

Kostas Stafylidis twice went close with his rasping drive from distance well saved by Simon Mignolet and a free-kick in the closing stages whistling just over the bar with the Belgian beat for pace. Tobias Werner saw a golden opportunity to pull the two sides level chased down and cleared by the Liverpool ‘keeper while Caiuby couldn’t capitalize on a defensive error from Lucas as the Fuggerstädter’s maiden European voyage came to an abrupt end — something that you won’t hear Klopp complain about one bit.

“It was a really good game and it was absolutely deserved; everybody who saw the game would have to say we deserved to win and were the better team and created chances,” said the Reds manager, speaking to the press following the final whistle. “We only had one problem – we didn’t use them and score often enough. That’s how football is sometimes. For us, it’s still a long way and the only problem was we couldn’t control the game in the last 20 minutes,” conceded the German manager, rueful of the chances that went begging. “But now, after the game, with a 1-0, I am completely fine. As far as I know, there are no injuries. It was hard, that’s how it should be, and now we are in the next round – well deserved.”

Of course, that’s only one way to look at it and ahead of their trip to Wembley, Klopp was smart to avoid any criticisms lest he damage the already fragile pysche of a team that’s going to need to do far more than they did last night to navigate the threat Manchester City will pose. While we saw quite a few flashes of what an attacking trio of Roberto Firmino, Philippe Coutinho and Daniel Sturridge are able to offer, this attacking unit is very much in it’s infancy — a reality that’s unlikely to change before Sunday rolls around.

And, quite likely, before the later rounds of the Europa League get underway. This might be a competition that’s devalued by some sections of the support, but a trophy is a trophy and if it’ll get us into the Champions League then all the better. We’re way too far off to start seriously discussing winning this thing, but there’s absolutely no doubt that we’re going to have to start playing better if it’s a conversation we truly want to have.