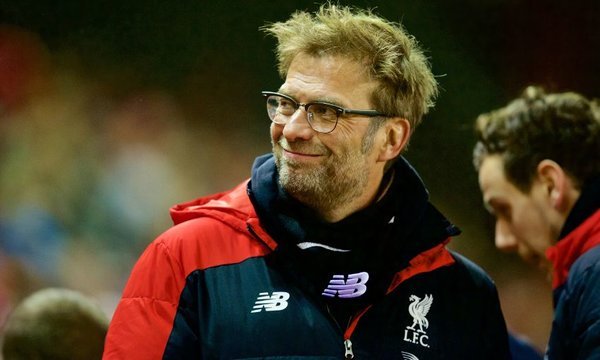 Penalties may have been needed to separate Liverpool and Manchester City in the League Cup final as the Citizens got the better of their Northwest rivals at the weekend, but there was absolutely no doubt who was the better side during their meeting at Anfield last night with the Merseysiders following up their big win at the Etihad earlier in the season with yet another impressive outing.

“It was the best reaction I can imagine,” enthused Reds boss Jurgen Klopp following the final whistle. “It was how it should be. I said to the boys that we have to show that we want it more and from the first second on that was exactly the attitude,” he continued with a smile. “I think this was the best pressing performance we have done. City had no time to play football.”

Adam Lallana squeezed in a speculative effort from range to open the scoring before James Milner and Roberto Firmino completed the rout with goals on either side of the break with the hosts keeping the likes of Sergio Aguero and Raheem Sterling, who made an early exit at half-time after being shackled by former teammate Jon Flanagan, from making any impact whatsoever.

“For all Liverpool lovers, it was a great night,” said the German manager, keen to move on from the disappointment his side suffered on Sunday. “We have to take this moment, stay angry and strike back. We have lost a few points in games we should not have so now we have to take them back,” he explained, knowing full well that failure to secure some sort of European football for next season would be a massive problem for an expected summer recruitment drive. “Roberto [Firmino] deserved his goal. The way he is working for the team in the last few weeks is unbelievable.”