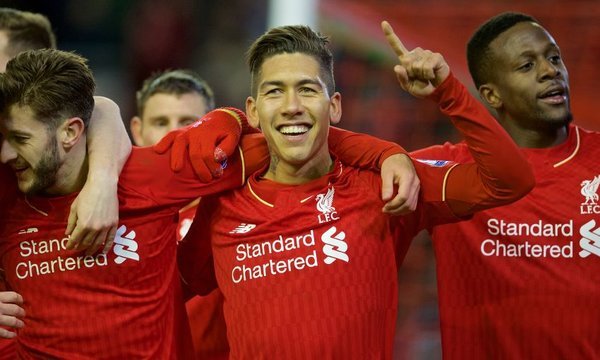 It certainly doesn’t make up for the loss at the weekend, but the enigma that is Liverpool kept their inconsistent streak alive by convincingly putting Manchester City to the sword after falling short to their Northwest rivals in the League Cup final only three days earlier.

After a decidedly low-key opening, Adam Lallana was allowed time and space to run at the City back-line just past the half-hour and the Reds midfielder took full advantage of the visitors defensive lull by squeezing a speculative effort in from distance with Joe Hart too slow to react. Less than 10-minutes later, James Milner found himself on the end of some wonderful work by Roberto Firmino with the former Citizens midfielder doubling up before the Brazilian added a third not long after the break with Lallana, who put in a Man of the Match performance, teeing up the Reds attacker for an emphatic finish.

While the visitors looked bereft of ideas or drive, Liverpool were on song with Jon Flanagan, drafted in to the starting eleven in place of Alberto Moreno but operating on the right to combat the threat of Raheem Sterling, putting in a particularly outstanding performance that kept the former Anfield favorite in shackles. That Sterling made an early exit at half-time with his side behind by a pair will be a point of pride for the Reds defense, but this was very much a team performance that saw Jurgen Klopp’s side sneak back into the right half of the table and put themselves back into the race for a European spot next season.

“Take whatever you can get – that’s the target for the league,” said the German when asked about the aim for the rest of the season. “The most important moment of the season is now. All the things you prepare until now, all the points you collect until now, are only to give you the starting point,” he continued. “The more you have, the better the starting point. We have not the best starting point but it’s good enough in this moment,” he said, before adding, “We have to take what we can get, we have to stay angry, we have to strike back in each game for whatever reason we need.”

There’s little question that most Kopites would have swapped the results if given the chance, but doing the double over a City side that are still very much in the title race and almost certain to move into the latter rounds of the Champions League is nothing to turn your nose up at — especially when we’re heading in to a crucial run of matches.

That the team is once again able to find the back of the net after a prolonged and rather frustrating lean spell is a cause for celebration in itself, but the confidence this will build going into the weekend trip to Selhurst Park and a two-legged European tie with Manchester United can’t be discounted.

Klopp will now have a massive decision to make at the weekend with this result coming without the likes of Philippe Coutinho or Daniel Sturridge in the starting eleven with the attacking duo given a rest after playing 120-minutes at Wembley. Couple that with Kolo Toure slotting in for Mamadou Sakho and keeping Sergio Aguero quiet and the German has yet another selection problem. You’d never expect the Reds to look better without those three players, but that only adds to the inconsistency that can be as exciting as it is frustrating — though tonight’s performance was the kind you don’t mind seeing at all.