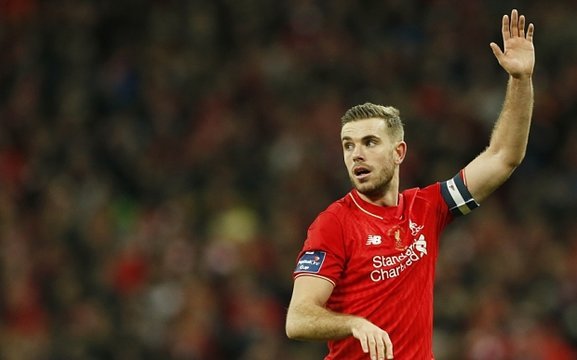 A lot has been made of the effect that Liverpool boss Jurgen Klopp has had since taking over at the Anfield outfit back in October, but following their dramatic 2-1 win over Crystal Palace on Sunday, it’s starting to look like an actual, tangible thing with German’s tactical shifts and substitutions going on to earn the Reds something from a losing position for the 9th time since he rolled in to town.

“It was a tough game, especially in the first half when it was a battle,” Liverpool skipper Jordan Henderson told the club’s official website. “The second half didn’t start well and we conceded a goal, but from then I thought we grew in confidence, grew throughout the game and in the end I thought we deserved the three points with the chances we created,” he continued. “It shows that we never give up and we always go right until the end, which the manager has drummed into us. Since he’s [arrived], I think that’s been one of the big things for us, to keep going right until the end no matter what the circumstances are.”

Those circumstances, of course, ended up being a goalkeeping gaffe of the highest order by Eagles ‘keeper Alex McCarthy and Christian Benteke winning a last minute penalty when Damien Delany was adjudged to have fouled the Belgian as he made his way towards the by-line. Even after they took an early lead in the second half, the cagey tactics of their hosts gave Liverpool a shot at going on and getting something from the match even after James Milner was sent off for a second bookable offence.

“I felt as though we did that, even when we went 1-0 down and [down to] 10 men, we kept going and we got better as the game went on with the ball. We were moving it quicker, created chances and, for me, we deserved to win,” explained the Reds captain. “It was a good performance from us in midweek and it gave us a lot of confidence,” said Henderson of the win over Manchester City on Wednesday, before adding, “Coming here, we felt as though we could win the game.”