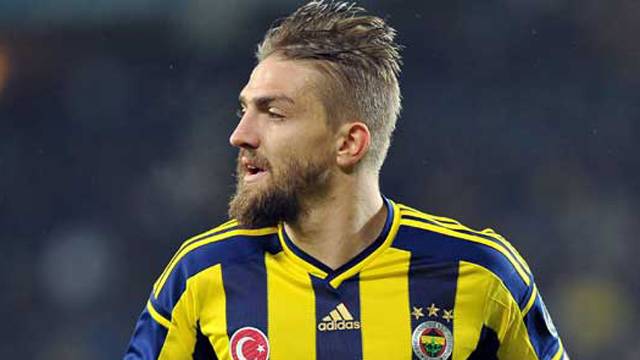 Although the focus of most Liverpool supporters will be firmly set on the upcoming clash with Manchester United at Anfield later this evening, that hasn’t stopped the rumour mill from trudging along with the agent of reported Reds target Caner Erkin denying that his client is set to move to Serie A when his deal with Fenerbahce expires this summer.

The highly rated fullback has been free to talk to foreign clubs since January after failing to reach an agreement with the Turkish side over a new deal. While both the Anfield outfit and Premier League rivals Chelsea have been credited with an interest in the 27-year old, Inter Milan has apparently beaten both of them to the punch with a number of media outlets reporting that Erkin has signed a pre-contract agreement to join the Nerazzurri at the end of the campaign — something his representative vehemently denies.

“Caner Erkin hasn’t signed any contract or pre-contract with any club, in difference from what the foreign media outlets are reporting,” said Batur Altiparmak, discounting the growing narrative before really driving the message home by adding, “This is an official announcement.”

Liverpool have already signed up one defender on a free with up and coming Schalke 04 defender Joel Matip set to defect from the Bundesliga for a chance to work with Reds boss Jurgen Klopp on Merseyside. While the German manager has already said that he’s not afraid to spend big to plug up holes in the squad, he’s never shied away from a good deal either and securing a player of Erkin’s stature on a free transfer would be yet another coup for the former Borussia Dortmund man.