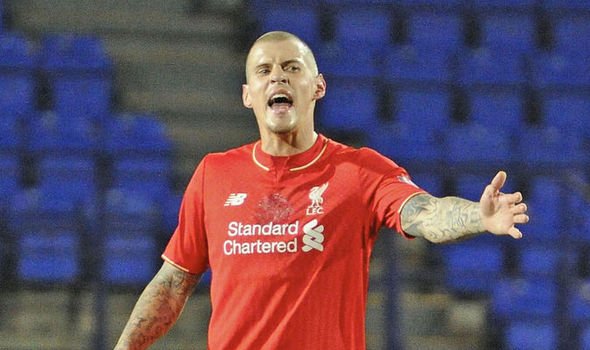 Sidelined since the end of December with a serious hamstring problem, Liverpool defender Martin Skrtel returned to action in the Red 1-1 draw with Manchester United’s u-21 team at Prenton Park. After putting an hour under his belt without any side effects, reserve team boss Michael Beale says the Slovakian is itching to get back in the mixer.

“It was always the plan”, he told the club’s official website when asked about the veteran defender’s outing against the Red Devils. “Martin has obviously been out for some time and now he will be itching to get into the squad for next Thursday and onwards from there.”

Despite all the history between the two sides, last Thursday was the first time that Liverpool and Manchester United have ever met in a competitive European competition and with the return leg at Old Trafford coming up later in the week Skrtel will be doing his utmost to get back in the starting eleven as the Reds look to navigate their way into the quarter-finals of the Europa League.

That, though, may be a bridge too far even for the experienced Slovakian with defensive duo Mamadou Sakho and Dejan Lovren looking rock solid against Louis van Gaal’s side. Save for an early opportunity for United youngster Marcus Rashford and a short period of pressure midway through the second half, the visitors were well marshaled at Anfield and bar an injury to either of them, Reds boss Jurgen Klopp will almost certainly overlook Skrtel and stay the course with the the Frenchman and the Croatian keeping their places for the return leg.