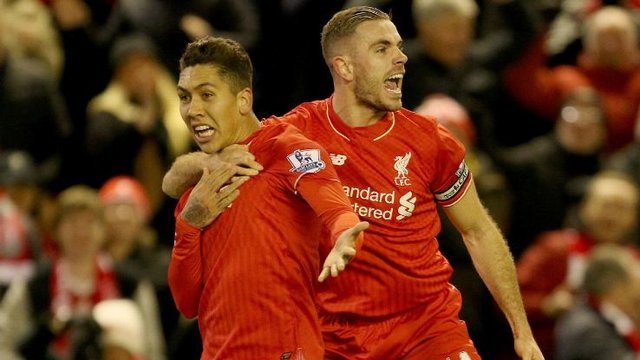 There’s been no shortage of praise for Liverpool attacker Roberto Firmino with the Brazilian putting in a string of outstanding performances since the turn of the New Year and Reds captain Jordan Henderson has joined the growing chorus ahead of their crunch meeting with Manchester United in the second leg of their Europa League Round of 16 clash at Old Trafford on Thursday.

“Being completely honest, I had seen very little of him before he arrived here from the Bundesliga last year,” the Reds skipper said on the club’s official website, admitting Firmino was a bit of an unknown outside of Germany. “Naturally, he needed some time to settle in but he’s been brilliant for us, especially over the last few months,” enthused Henderson. “Now it’s about him continuing to grow and get even better.”

Having found the net in a resounding 2-0 win over their bitter rivals at Anfield last week, Firmino will be looking to add to that tally when Liverpool take the short jaunt to Manchester in a few days time. The 24-year old has pitched in all over the field, and though he’ll be judged mainly on his output in front of the net, his work rate and willingness to press the opposition has already sealed his position as a firm favorite on Merseyside.

“I think first and foremost he brings a lot of positive energy and enthusiasm to the team and the club. You can see that on the pitch,” explained the Liverpool captain. “I think you’ve seen glimpses of what he is trying to do in certain games this season. Showing that for 90 minutes on a regular basis is the next step and what we are all looking to do,” mused Henderson, before adding, “From just a few months of him being here I think he can help us to win trophies, which is what everybody associated with the club wants.”