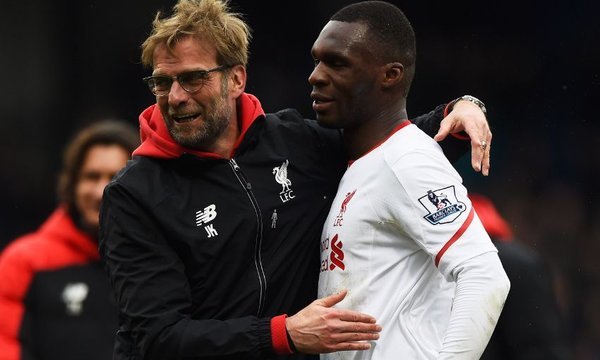 With the news that West Ham United are interested in Liverpool striker Christian Benteke coming to the fore over the last couple of days taking center-stage, the Belgian has done nothing to distance himself from a potential move away from Anfield this summer by refusing to confirm that he’s on Merseyside for the long-haul.

“In January I didn’t want to leave and it’s still my desire to succeed at Liverpool,” said the 25-year old striker, who was quick to play down reports that he was angling for a move away during the winter window, but stopped well short of ruling out an exit this summer. “We’ll see at the end of the season.”

Hammers chairman David Sullivan has expressed an interest in the Belgian hit-man, but has admitted that his massive wages could be barrier to them pushing for a move. Reds boss Jurgen Klopp has continually thrown his backing behind the struggling striker and has played down their fiery touchline exchange following the loss to Southampton last weekend by saying that they “had a few words, nothing else”, but Benteke hasn’t been quite as discreet about what appears to be a fractured relationship.

“Some team-mates said that I was lucky with the arrival of Klopp because I certainly would play,” he told Belgian media outlet Sport/Voetbalmagazine, speaking to them while away on international duty. “When your coach says he wanted to take you to Dortmund and a little later you sit at the same club and he ignores you it is hard to understand.”

One thought on “Benteke Refuses to Rule Out Move, Doesn’t Understand why Klopp is Ignoring Him”