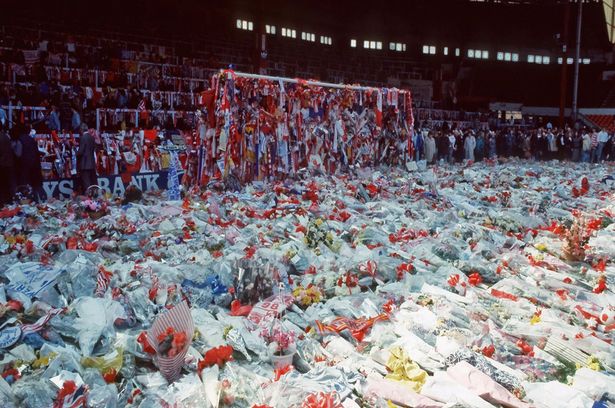 You can’t forget because you can’t help but remember and you remember because you never could forget — 27 years later the Hillsborough Stadium disaster and the 96 lives lost still resonates as loudly as it did back in 1989 when the tragedy unfolded in front of television cameras during Liverpool’s FA Cup semi-final meeting with Nottingham Forest.

Bells will toll, ferry’s will sound their horns, flags will fly at half-mast and a minute of silence will be impeccably observed throughout Merseyside as it does every April 15th, but there’s more than one thing strikingly different about this year. Ending a long running tradition with the full backing of the Hillsborough Family Support Group, Anfield will host the final memorial service to remember the lives of the men, women and children who lost their lives on that afternoon in Sheffield.

“The 96 will never be forgotten. It is likely that the inquests will be concluded before the anniversary so this final memorial service will provide the families with some closure. The HFSG would like to thank everyone for all the support the families have received over the past 27 years and all those people who have attended the service at Anfield each year,” said Margaret Aspinall, HFSG chairperson, back in January. “We would also like to extend our thanks to Liverpool Football Club for their continued support over the past 27 years and for hosting the service each year at Anfield. We hope that the public and fans respect the decision of the HFSG and will continue to remember the 96 in their own perhaps more private way.”

It’s long overdue — almost 30-years in fact — but justice is now well and truly coming. After hearing more than two years of evidence, the jury in the new inquests into whether or not the supporters in the Liverpool end were unlawfully killed in the 1989 disaster have been sent out to deliver a verdict. Over 500 witnesses, 4000 documents and graphic footage from the Hillsborough stadium made up the case. The longest running in British legal history, the new inquests have exposed a wealth of new information, exposing cover-ups, omissions and mistruths stemming from the events of the day and who was really responsible for its deadly final toll.

We told you they lied.

While it comes as little surprise to the families, the people of Merseyside and all of those who never gave up their fight for the truth over the past 27-years, what we?ve learned over the past two years and the inevitable verdict just over the horizon may bring a little solace — and maybe even some closure. In the digital age where we distill massive events such as the Hillsborough Stadium Disaster and the struggle of countless number of campaigners and their families into something as trivial as a hashtag, it?s astounding to see how many people it unites under one common banner.