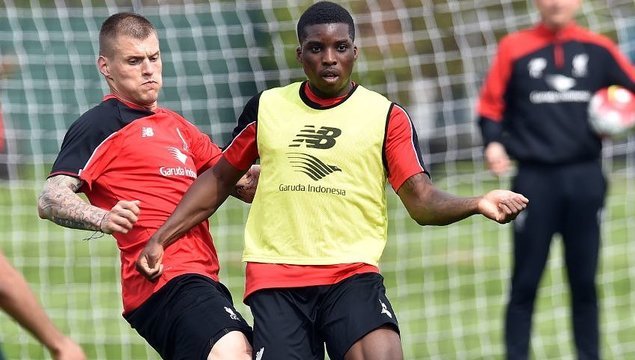 Although Liverpool boss Jurgen Klopp insisted in his pre-match press conference that the Premier League remains an “important competition” to the Reds and that finishing as high up the table as possible is still the priority, after securing a spot in the Europa League final with an emphatic 3-0 win over Villarreal CF, it’s pretty safe to say that the German manager will have other things on his mind when Watford visit Anfield on Sunday.

A chance to lift silverware in your first season at a club only comes around once, but that won’t be the only reason the former Borussia Dortmund man – who already missed that opportunity by coming up short to Manchester City in the League Cup final back in February – wants to steer his side to European glory.

A guaranteed place in the Group Stages of the Champions League proper, the chance to bump a rival out of a lucrative spot in either of UEFA’s club competitions and Liverpool’s ongoing love affair with continental cups are some of the best, but it’s going to take an equal amount of luck and planning on the part of Klopp if they want to down Sevilla in Basel and the latter will certainly have already started.

It comes as no surprise that the German will shuffle his pack when the Hornets roll in town – that’s become the norm and he’s had varying degrees of success working with changed lineups during the second half of the season. Veteran defender Martin Skrtel will likely come in for Kolo Toure in the heart of defense, Kevin Stewart and Joe Allen could take up spots in the middle of the park and the likes of Christian Benteke, Jordon Ibe and Sheyi Ojo may find themselves starting up top. That, of course, it didn’t work all too well last weekend when the Reds were downed 3-1 by a resilient and well organized Swansea City, but the “fresh minds and fresh legs” the boss is always talking about will be on the docket for better or for worse.

It’s a bit of a dead rubber, to be fair; with their chances of qualifying for Europe through the league table pretty much extinguished, three-points won’t be a massive motivator for the Reds even though they’ll obviously want to avoid slipping any further down the ranks. With their Premier League status for next season already assured, Watford is about the same, but the opportunity for them to do the double over the Anfield outfit will be a tempting proposition after they cruised to a relatively easy win in their previous meeting at Vicarage Road.

“When you reach a target it’s easy to lose focus,” said Hornets boss Quique Sanchez Flores, speaking to the press ahead of the trip to Merseyside. “We need to try to be competitive because the competition’s not finished,” explained the Spaniard. “How is our ambition, how is our idea to try to add points in every single match we have to play? It is necessary to show everyone that we are still fighting in this competition.”
Watford looked like they were heading for a third loss on the bounce when they were trailing 2-1 to already relegated Aston Villa last weekend, but two goals in stoppage time from Troy Deeney saw the Hertfordshire club pull off an unlikely comeback to claim all three-points. Etienne Capoue’s knee problem means the Frenchman remains out of contention for a spot in the squad, but defensive duo Allan Nyom and Nathan Ake will be available to Flores as he looks to shape his squad for Sunday.

The Hornets have won only once in their last eleven trips to Anfield and if they want to snap that sorry streak, getting top-scorer Idion Ighalo – who Liverpool could not contain in the reverse fixture – scoring again will be key to that. It’s been just over ten league matches since the Nigerian has found the back of the net making this one of those easier said than done situations, but we’ve seen the Reds stumble on more than one occasion when Klopp has been forced to make changes so you’d be silly to rule out a scalping. Remember, no one thought it was going to happen back in December either…