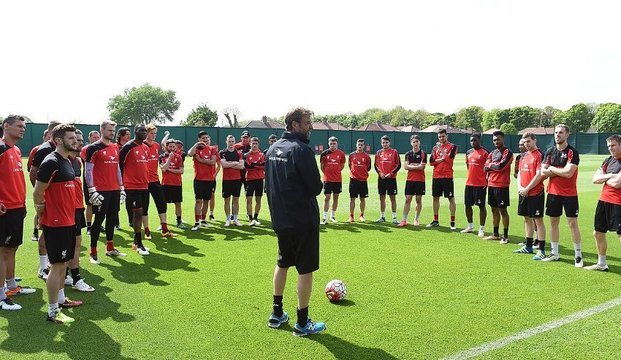 Although winning the Europa League remains Liverpool’s best chance of securing European football next season, there’s about a hundred scenarios going in to the final day meeting with West Bromwich Albion that would see the Anfield outfit snag a spot in one of UEFA’s prestigious club competitions.

Should we fail to win ourselves a spot in the Champions League by beating Sevilla on Wednesday, there’s enough permutations that could take place in the league table to keep a mathematician entertained for hours, but none of it will matter to us one bit if we don’t beat the Baggies on Sunday –- if we want to be in the conversation, we’re going to have to say our piece at the Hawthorns.

It’s hard to say for sure, but the squad that Liverpool boss Jurgen Klopp named for the midway draw with Chelsea is expected to be the same one that starts in Switzerland next week, but no one knows for sure – especially with club captain Jordan Henderson and Belgian striker Divock Origi back in the picture after returning to first team training. They could make cameo appearances against West Brom as they vie for a spot in the Europa League final.

Though it’s unlikely that Danny Ings, who is set to return to action for the first time since October after damaging knee ligaments in training, will come in to the picture, he could also get a run out at the weekend. Besides, that, the “fresh minds, fresh legs” policy should come into effect which means the likes of Jon Flanagan, Joe Allen, Kevin Stewart and Christian Benteke could feature from the start.

That, of course, will bode well for the Baggies. While they might have their top flight status assured for next season, it’s always nice to close out the campaign with a win – a possibility that no one would say is beyond the skills of boss Tony Pulis.

“I’m absolutely delighted with the way we’ve done it this season because we’re still in the Premier League,” said the Welshman, speaking to the press ahead of Sunday’s campaign closer. “Anybody who dispels that as not being an achievement at clubs like West Bromwich Albion, they’re in cloud cuckoo land and I really mean that,” continued Pulis, never one to pull a punch. “You look at Newcastle, you look at Aston Villa and Norwich, and you look at the traditions of those clubs.”

Based on recent form, he really means that – it could have easily been the Baggies going down. Winless in their last eight and having lost three on the bounce without finding the back of the net, their form from earlier in the season was what really saved the Midlands club from being mired in a late season relegation battle. With that being said, they came within a minute or two of putting one over on the Reds earlier in the season, but a last gasp injury time Origi equalizer saw the reverse fixture end in a 2-2 draw.

Coming up against a team that should be brimming with relative inexperience, Pulis — forever a thorn in our side — will be looking for blood early on. Jonathan Leko, who put in a Man of the Match performance in their draw with AFC Bournemouth last weekend, should keep his spot in the side along with striker Salomon Rondon after the Venezuelan opened the scoring against the Cherries. Veteran midfielder James Morrison could earn himself a recall after overcoming a long-standing hamstring problem, and should he return to the line-up, he’ll find himself in good company with Claudio Yacob and club captain Darren Fletcher expected to start as the hosts look to keep control of the middle of the park.

Despite the importance of going home with three-points, the Reds will have one eye on the meeting with Sevilla –- and it’s hard to blame them for that. Beating the Baggies could end up being the decider of whether or not they’ll be playing Europa League football next season, but a victory over the Spaniards means a return to the bright lights of the Champions League and all the benefits it entails. If nothing else, let’s just home we make it through this one unscathed…