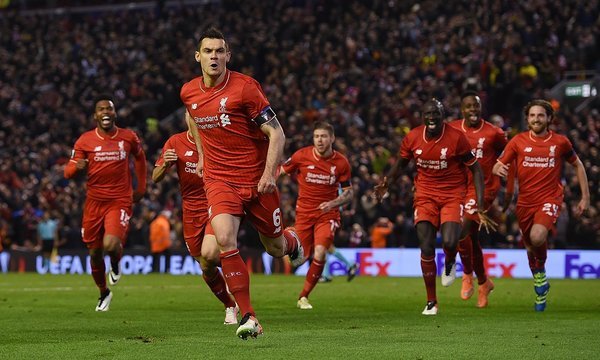 The arrival of Jurgen Klopp has re-ignited the squad and boosted all of our hopes of ending the long wait for the top-flight crown. He has laid a strong foundation in his brief time at the club and that could be the base to launch a strong assault on the Premier League in the 2016/17 season. Here is how Klopp is working his magic.

The demise of Brendan Rodgers

Brendan Rodgers paid the ultimate price for Liverpool’s stagnation under his reign as his three-year tenure was ended in October 2015. The Reds came within inches of ending their top-flight title drought in the 2013-14 campaign, only to fall agonisingly short in the final three weeks of the season, allowing Manchester City to claim the crown.

A bigger loss was to come for the club as Luis Suarez departed to Barcelona for £65m, while the club’s decision to replace him with Mario Balotelli, Rickie Lambert and Divock Origi backfired. The club limped to a sixth-place finish, narrowly securing a spot in the Europa League just ahead of Southampton, despite a 6-1 hammering on the final day at the hands of Stoke City.

We invested heavily once again during the summer of 2015, with Christian Benteke, Roberto Firmino and Nathaniel Clyne all arriving at Anfield. Pressure was elevated on Rodgers to produce a strong start to the season, but early defeats to West Ham United and Manchester United put him in the crosshairs of the club’s owners. Following underwhelming displays against Norwich City and Aston Villa, the Northern Irishman needed his side to claim victory in the first Merseyside derby of the season. Despite taking the lead through Danny Ings, we were only to take a point from the fixture against the Blues, prompting the owners to act by terminating Rodgers’ contract.

There was only one man we wanted to replace Rodgers in the Anfield dugout. Step forward Mr. Klopp. Oddsmakers have Klopp at 8/1 (on 16/5) to guide Liverpool to their first Premier League title in his first full season at the club, and given his history it would be hard to bet against our spirited coach.

The German revitalised Borussia Dortmund in his seven years at Signal Iduna Park, guiding the club to two Bundesliga titles and the final of the Champions League. Klopp saw his side dismantled by Bayern Munich as Robert Lewandowski and Mario Gotze switched allegiances, allowing the balance of power to shift back to the Bavarian outfit. However, the 48-year-old had a profound effect on the game due to his passion on the touchline and the energetic nature of his teams to press high up the pitch.

There was much excitement on Merseyside when Klopp was confirmed as the club’s new manager, with the prospect of securing a top-four place still on the cards. He made an immediate impact, securing the away wins over Chelsea and Manchester City, while his side also smashed Southampton 6-1 in the quarter-finals of the League Cup.

A run of poor form through December and January halted our charge towards the top four, although we did earn a trip to Wembley after overcoming Stoke in the League Cup semis. Liverpool put in a battling display in the second half to rally from a one-goal deficit, but were beaten on penalties as Manchester City clinched the trophy.

Although we began to find the net with regularity in the Premier League, the biggest indication of a surge under Klopp has been the team’s performances in the Europa League. We struggled through the group stage and the first knockout round against Augsburg, but made a statement of intent with a blistering and sweet 2-0 victory over Manchester United in the first leg of that tie.

The players backed up their efforts with a strong display at Old Trafford to progress to the last eight, where Klopp’s former club, Dortmund, awaited after conquering Tottenham Hotspur. A fierce contest ensued at Signal Iduna Park, but we emerged with a crucial away goal to take back to Anfield. However, a breath-taking display of quality from Thomas Tuchel’s men in the first half of the second leg appeared to have ended our hopes of advancing.

But we rekindled the spirit of Istanbul 2005 to stage a heroic comeback to snatch victory in the stoppage time through Dejan Lovren to march on towards the semis. The triumph was the strongest indicator yet of the Klopp effect as his enthusiasm and adjustments from the sidelines drove the team on to success.

The job ahead for Klopp and his team

The 48-year-old has started to forge a strong character within his squad which will be crucial for the campaigns to come under his tenure as he seeks to end Liverpool’s 27-year top-flight title drought. Leicester City have proven this term that work ethic and a winning mentality are just as important as an abundance of high-priced players in a squad.

In their pursuit of the Premier League title, Liverpool have spent hundreds of millions, due to their lucrative sponsorship deals with New Balance and Standard Chartered, but have lacked the composure to handle the occasion to break the drought.

Klopp will not have a huge amount of his time with his team over the summer to alter their preparations for the next campaign in terms of fitness and style. New players will also need to be ingrained into the system, with Schalke defender Joel Matip already confirmed as a Liverpool player, while links continue to suggest that Gotze will leave Bayern.

The potential of an attacking midfield boasting Gotze along with Philippe Coutinho and Firmino would arguably give the Reds the strongest options in the Premier League, with Jordan Henderson, James Milner and Emre Can also among the ranks. Matip’s arrival would provide stability to the back four which has struggled at times this season, although it would hand Klopp three young centre-backs to anchor his backline for the foreseeable future.

Liverpool spent big to land the signature of Benteke from Aston Villa. However, his time at Anfield has been tormented by a lack of form and injury problems. The Reds are likely to move on from the forward, with reports suggesting he could be offloaded to West Ham United, which could give the club money to splash elsewhere.

Daniel Sturridge is one of the most potent strikers in the Premier League, when fit. However, his problems with injuries have limited his impact this term and, although Origi has shown promise, it would not be prudent to trust him to put the club’s title ambitions on his shoulders at the age of 21.

Should Liverpool wish to challenge at the top of the league, a move for Dortmund’s Pierre-Emerick Aubameyang or Lyon’s Alexandre Lacazette could prove the decisive factor in breaking their title drought.