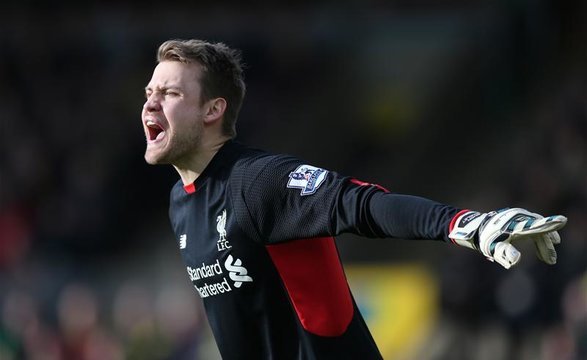 After losing out in the League Cup final to Manchester City earlier in the year, Liverpool ‘keeper Simon Mignolet is looking to draw on that disappointment and use it as a motivator as the Reds gear up for the Europa League final with Sevilla later in the week.

“We know we can save our season by winning this trophy, especially as we would qualify for the Champions League,” explained the Belgian shot-stopper. “We went to the final of the League Cup this season and lost in the cruelest way but now we have a great chance to win the Europa League and qualify for the Champions League, which would be a massive boost for the club, and for the young players in the squad.”

It won’t be easy to stop the back to back champions, but Jurgen Klopp’s side won’t be lacking for inspiration; if lifting a shiny hunk of silver isn’t enough, having the chance to carrying on Liverpool’s ongoing love affair with continental competitions and stepping out of the shadow of Manchester City’s triumph back in February will more than do it.

“We’ve already had the experience of a shootout in a final this season but I don’t want to think about this one going to penalties. But Kolo did say to me after the League Cup final that you have to go through these experiences before you win,” mused Mignolet, keen to give the heartache at Wembley a positive spin. “He is the most experienced voice in the dressing room, so you listen to what he says and he usually sits next to me on the coach,” continued the Reds ‘keeper. “The first thing he said to me on the coach after the League Cup final, when we were all so disappointed, was the experience would help us going forwards.”