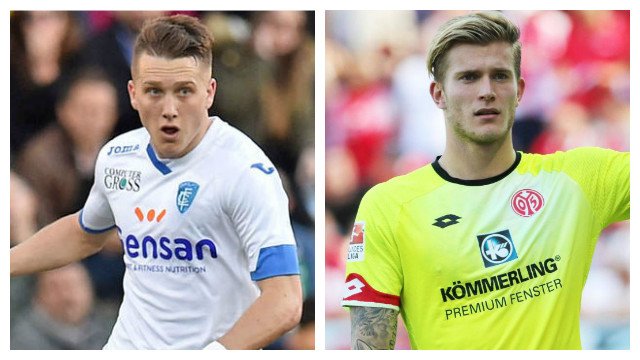 While most of the talk in the last couple of days has centered around Liverpool’s reported interest in Bayern Munich attacking midfielder Mario Gotze, the Reds look set to complete another deal that’s been on the burner for quite some time now with Udinese winger Piotr Zielinski close to agreeing to terms with a new club. The 21-year old, who was keen to talk up the links to Anfield over the last few months, will be on the move this summer, but his agent is quite ready to reveal just where yet despite talks being at an advanced stage.

“There’s a lot of interest in Piotr Zielinski,” his agent Dawid Chylaszek, who also represents Reds academy player Kamil Grabara, told media outlet Reviersport on Monday. “We are pretty far with one club already, and it could lead to a signature in the next couple of hours.”

While it’s unlikely that Liverpool would make any deals public until after the Europa League final with Sevilla on Wednesday, Reds boss Jurgen Klopp could be announcing a double swoop with the German manager apparently going back to his old club to bring in some reinforcements. The Anfield outfit have been linked with a number of Borussia Dortmund players since Klopp took charge, but it’s actually a player from FSV Mainz 05 that has caught his eye with Die Nullfünfer shot-stopper Loris Karius having apparently already agreed to terms with the club.

Despite signing a new contract earlier in the year, Liverpool ‘keeper Simon Mignolet’s spot for next season remains in question and they’ll be increased competition for a place in the starting eleven if the Reds do bring in the German international. Though he’s yet to earn his first full cap, Karius looks on course to be in the Germany side that runs out at the Summer Olympics after securing the joint-4th least amount of goals conceded in the Bundesliga this season. He might not be an out and out replacement for the error prone Belgian, but it would be a step very much in the right direction.