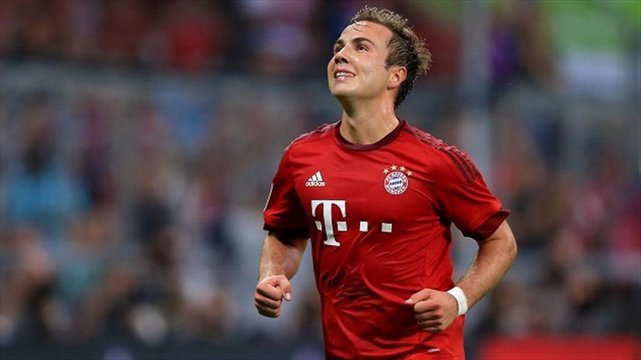 If Mario Gotze’s father pouring cold water all over Liverpool’s interest in signing the Bayern Munich attacking midfielder wasn’t bad enough, Germany boss Joachim Low has gone in on the action, seemingly reversing prior comments suggesting that the 23-year old should make the move to Anfield — or, at the very least, find somewhere he’ll be able to play regular first team football.

“I’ve been in constant contact with Mario and he’s kept me informed all the time,” said Low ahead of Die Mannschaft’s friendly with Slovakia on Sunday. “He’s had a long talk with Ancelotti and I think a few falsities were said about that, but a coach can never give a guarantee and he told Mario that everybody starts from scratch from the start of the season under him. Mario has had offers, but I always felt he is in Munich with his heart and he wants to prove himself there,” he continued. “He told me he wants to stay in Munich and take his chance with the new coach and I think that’s a fine decision because it’s what his feeling tells him to do, so it’s the right decision for him.”

Although reports in the media initially suggested that incoming Bayern boss Carlo Ancelotti told the 23-year he might want to consider moving on, Low has strongly hinted that isn’t the case. Gotze, for his part, has said that he’s looking forward to his first training session with the Italian manager, pushing aside rumours that he’s set to leave the Allianz Arena any day now. While opinion has been decidedly split over whether or not a move to Anfield and a reunion with former boss Jurgen Klopp would be good for him, Germany and Bayern legend Lothar Matthaus already has his mind made up.

“I don’t know whether there was indeed an offer from Liverpool,” the World Cup winner told TZ when asked what he thinks about their interest in signing Gotze. “But why would he join a club that do not even play in the Champions League? He would have taken the easy solution with a move to Liverpool,” explained Matthaus, obviously keen to seem him stay in Bavaria. “But the easy solution is not always the right solution.”