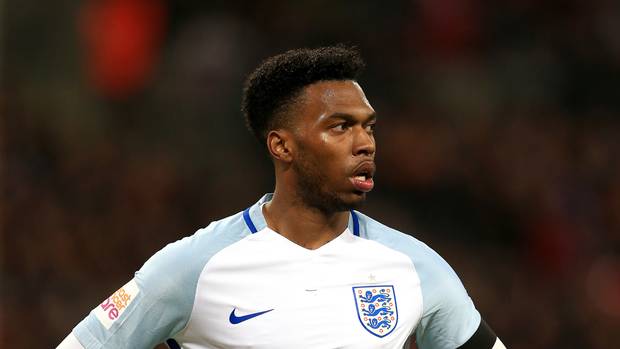 After missing out on the friendly with Australia on Friday, Liverpool striker Daniel Sturridge’s spot in the England squad looks to be in question, but Three Lions manager Roy Hodgson has stressed that he — not the media or popular opinion — has final say over who goes to the European Championships in France next month.

“People are deciding it is either or between Rashford and Sturridge or between two midfield players,” said the England boss. “I don’t mind that, but nobody is giving more thought to the subject than we are ourselves,” he said, before expanding further. “If anything I feel more comfortable with the decision I have to make than I did going into the game. But never on one occasion will you find me quoted as saying: ‘We can only have X number of forwards, we must have this many midfield players.'”

Marcus Rashford, who found the net on his England bow, could pip the Reds forward to a spot in the squad if he’s not fit in time with Tottenham Hotspur attacker Harry Kane, Leicester City speedster Jamie Vardy and Manchester United striker Wayne Rooney nailed on to round out Hodgson’s attacking options. Although it’s hard to say for sure whether the veteran manager will go for experience over youth, Sturridge will be pushing hard to prove he’s ready to play in France with some extra training sessions over the weekend ahead of their final friendly with Portugal next Thursday.

“Sturridge has a minor injury and we hope it will settle down tomorrow,” explained Hodgson. “He’ll be doing extra training on Sunday and he’ll be throwing his hat into the ring,” mused the former Reds manager. “It looks like 25 players will be asking for a seat on the plane and that I’m going to have to disappoint two of them.”