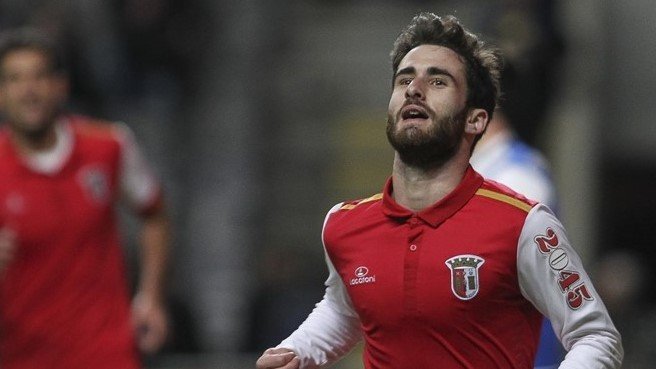 With Liverpool’s move for Udinese winger Piotr Zielinski apparently stalled, the Reds are being linked with a number of alternative options as boss Jurgen Klopp looks to add some width to his squad.

Nothing is ever certain in the silly season, but the German manager is expected to have a big summer as he looks to reshape the team to fit his attacking, all action, high pressing style — one that needs some natural width to be really effective. Of course, he has a few options currently at his disposal, but with youngster Jordon Ibe looking likely to be let go and Lazar Markovic expected to spend another season on loan with Turkish side Fenerbache, Klopp could be forced to dip in to the market — and with Braga attacker Rafa Silva’s agent confirming that there’s been interest from England, he could be eyeing the 23-year old as an alternative to Zielinski.

“Rafa’s style of play can help him adapt in the Premier League and there have been interest from clubs in England,” his representative Antonio Araujo told the International Business Times. “Not only England, but from other countries too,” he added, keen to cast his net as wide as possible. “We will do what is best for Rafa cause he has a potential to become a great player.”

Scoring 12-goals and adding a further 8-assists along the way, Silva had a stand-out season for the Portuguese side as they ended a 50-year wait for a domestic cup after beating Primeira Liga stalwarts FC Porto in a shoot-out last weekend. Plying his trade on the left flank, but able to play anywhere across the attacking line, the 23-year old is exactly the kind of player that would fit into Klopp’s plans, but they could face competition from the likes of Manchester United and Arsenal in capturing his signature. Or, you know, this could just be his agent fishing for headlines — would you doubt that at all?