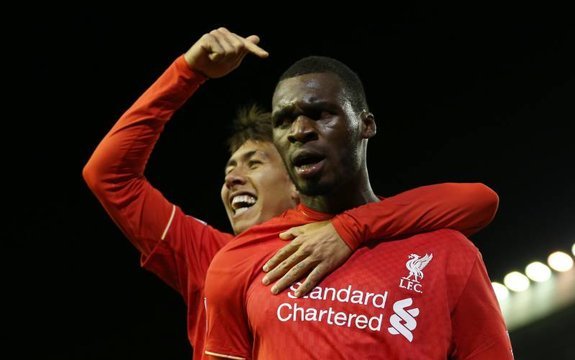 After admitting that he may be forced to consider his future if he remains outside of Liverpool boss Jurgen Klopp’s plans for the coming season, rumours surrounding the future of Reds striker Christian Benteke have obviously stirred back up, but with the European Championships kicking off in France this weekend, his agent has cooled talk of an immediate exit.

”Interest from Italy? There are only rumours, but there was some contacts with Serie A clubs six months ago,” his representative Eris Kismet told Italian media outlet Tutto Mercato Web. “Now, however, there is nothing,” he added, before going on to echo his client in saying that they’ll discuss what comes next after the Euros are all wrapped up. “He is currently a player of Liverpool, we will analyse the situation later.”

While there’s nothing of any real interest coming out of Serie A, there have been a number of Premier League clubs supposedly keeping tabs on Beneteke; West Ham United have already confirmed that they’d be keen to take the Belgian on board and Crystal Palace have supposedly thrown their hat in the ring, but there were two other London based clubs that Kismet chose to expand on — though they seem the least likely to actually sign the 25-year old.

”If there have been contacts with Chelsea and Arsenal? Many clubs want the player, it’s obvious,” said his agent when pressed on links to other clubs in England. “But he is now only thinking to do well in the European Championship,” he continued, pushing the matter once again off to the side. “He wants to win the competition with Belgium,” added Kisment, knowing full well that his profile could be raised significantly if he has a good showing in France. “We’ll think about his future later.”