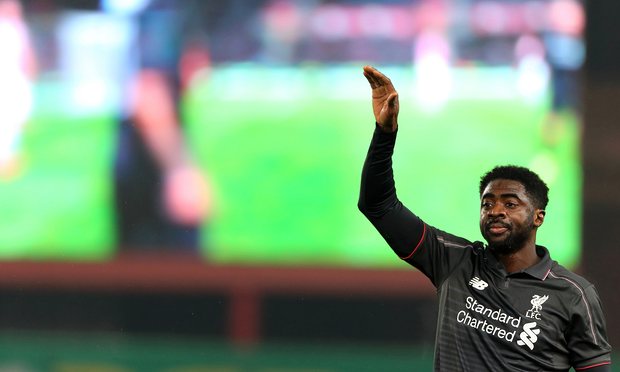 Although the news has been all but confirmed for quite some time now, Liverpool has now made official what we already knew with veteran defender Kolo Toure’s name among the list of players released by the club — an announcement that has triggered a mix of emotions among the Reds faithful.

The Ivorian, who is best known during his time at Anfield for his affable nature and enduring smile, had been on the fringes of the squad for the past two seasons, but following Mamadou Sakho’s ban for a failed drugs test, established himself as an important first team player during the tail end of the campaign. With Liverpool boss Jurgen Klopp having brought in up and coming defender Joel Matip from Bundesliga outfit Schalke 04 and young Joe Gomez having fully recovered from a knee injury, it looks like there’s no place in the squad for the experienced center-back.

“That is the mentality you need to have as a defender; when you are a defender at a top club every challenge is so important,” said Toure when asked about his famous “salmon” tackle in the 1-0 win over Stoke City during the Capital One Cup semi-final. “That’s why you play for the best club. If I have to make this tackle again I will make it,” he added, showing the exact kind of a attitude you want from your players and the reason that the Reds offered him a coaching role in an attempt to get him to stay at the club. “That was my time to show I can still produce for my team and for me as well.”

Along with the 35-year old, Jordan Rossiter and Jerome Sinclair, who have already signed with Rangers and Watford respectively, and German striker Samed Yesil, who looks set to move to Turkey, have also been released. Jose Enrique, who was told not to bother showing up to training anymore, rounds out the list which also includes a number of youngsters with the likes of Kristof Polgar, Alex O’Hanlon, Ryan McLaughlin, Will Marsh, Dan Cleary and Tom Brewitt, as well as academy players Joshua Dobie, Andrew Firth, Kane Lewis, Callum Nicholas, Jack Watts and Owen Wheeler.