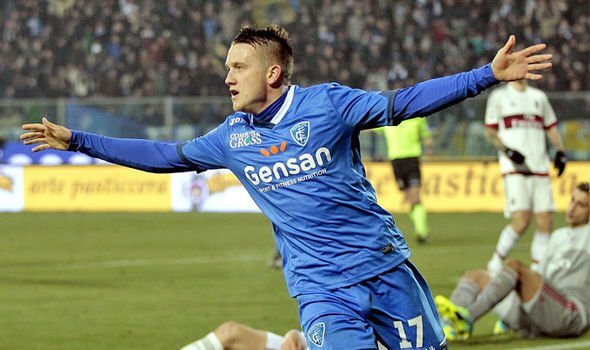 He may not have featured as Poland opened their Euro-2016 campaign with a win, but the press are talking about Udinese winger Piotr Zielinski with his on again, off again move to Liverpool now looking very much like it’s finally going to happen.

A number of highly respected news outlets are saying that not only has Reds boss Jurgen Klopp personally called the player to discuss the role he’ll play in his team, but the Anfield outfit have reportedly made their interest official by tabling an opening bid of £9.5mil for his services. That, of course, may need to be bumped up if they want to complete the move for the 22-year old without a hitch with Serie A side Napoli in the mix and vying for his attentions, but it appears that the Polish international has his heart set on a move to Merseyside.

“Liverpool have made a bid for him and Zielinski wants to join them,” said Napoli president Aurelio De Laurentiis, “but we are trying to convince the player to join us, because we have an agreement with Udinese.”

Agreement or not, it’s looking like the tricky winger will be Klopp’s fourth signing since taking over at Anfield in October. The Italian outfit may be able to offer Zielinski Champions League football, but that doesn’t appear to be enough to make him change his mind. The 22-year old has been talking up a move to Liverpool for the last six months and it looks like it finally might happen — maybe, sometime.