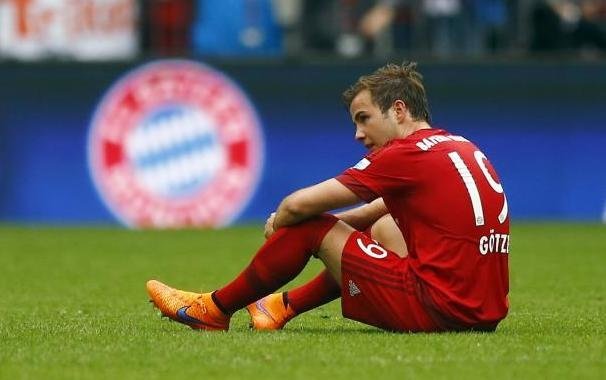 Despite his recent assertions to the contrary, the consensus seems to be that Bayern Munich attacker Mario Gotze won’t be playing for the Bavarian giants by the time the transfer window closes at the beginning of September. The player himself has said that he’ll consider his future after the European Championships, a number of senior club officials have advised that he follow through on those plans and a countless “sources” have suggested that if he decides to stay at the Allianz Arena that he’ll be frozen out of the squad — a story that Bayern CEO Karl-Heinz Rummenigge isn’t at all happy with.

“This is complete fiction,” fumed the former German international. “It remains the case that we will resolutely defend ourselves against all false or even malicious reporting using all legal means available to us,” said Rummenigge with an official statement from the club backing up their head honcho. “It has been reported that FC Bayern has ‘threatened’ Mario Gotze by stating he would not be nominated to play in the Champions League if he remains at the club,” read a bulletin on their website. “FC Bayern Munich has demanded that various media sources cease and desist from reporting false claims.”

Although rumours continue to swirl around his future with the Bundesliga giants, Gotze, for his part, has remained mum on the subject now that the Euros have kicked off. Last saying that he looked forward to working with incoming Bayern boss Carlo Ancelotti and fighting for his spot in the squad, the German attacking midfielder looked to stem the speculation surrounding him for the time being, but that hasn’t exactly worked all too well.

Liverpool, of course, continue to be linked with an interest in reuniting the 23-year old with former Borussia Dortmund and now Reds manager Jurgen Klopp at Anfield. A deal in principle was believed to have been agreed between the two sides before falling apart spectacularly when the player fired his agent and brought in his father to represent him. Bayern may be threatening to get litigious, but it’s pretty obvious that this isn’t the last we’ll hear of the Gotze saga this summer…