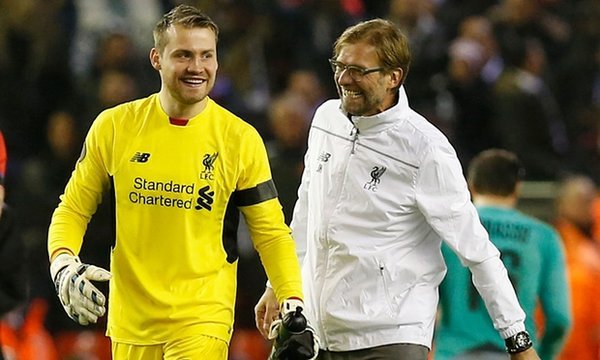 Liverpool ‘keeper Simon Mignolet has spent the last two seasons reading stories about how he’s going to be replaced at Anfield, but this summer actual competition for the starting role seems to have arrived with the Reds signing highly rated German shot-stopper Loris Karius from Bundesliga side FSV Mainz 05 last month — something that the Belgian has hailed as a good thing for both himself and for the club as a whole.

“It’s something positive, it can only push you on and can only make you better,” explained Mignolet when asked about having to fight for a spot in the starting eleven this season. “Competition for places you will always have at the highest level,” he continued, well versed in this dance having played second fiddle to Chelsea ‘keeper Thibaut Courtois in the national team for years. “For every place and every position there are enough people who can do the job when needed and that’s what you need to have a good team.”

Defence has been a major problem for the Anfield outfit over the past couple of years and though he’s sometime come in for more than his fair share of criticism, Mignolet has been at fault on more than a few occasions for the Reds lackluster record at the back. While there’s no indication that Karius, who had an outstanding season as Mainz finished a surprising 6th in the Bundesliga, will be preferred to the veteran shot-stopper when Liverpool kick off their Premier League season against Arsenal in mid-August, there’s also nothing to indicate that he won’t.

“Germany has a history of outstanding goalkeepers, and Karius is clearly very talented, but playing for Mainz and playing for Liverpool are two different things,” said Reds legend and Champions League winner Dietmar Hamann last month. “His task now is to make that step up to the next level. I was a bit surprised when I saw the photos that he has been given the number one shirt…but I think he will start the season as Liverpool’s number one goalkeeper,” mused the former German international. “Klopp said in a press conference that he wants someone to challenge Mignolet, and the fact he has the number one shirt makes me believes he will start the season in goal. Something could happen, he might not hit the ground running,” he said, before adding, “But I think something extraordinary has to happen in pre-season for Mignolet to keep goal in the first game.”