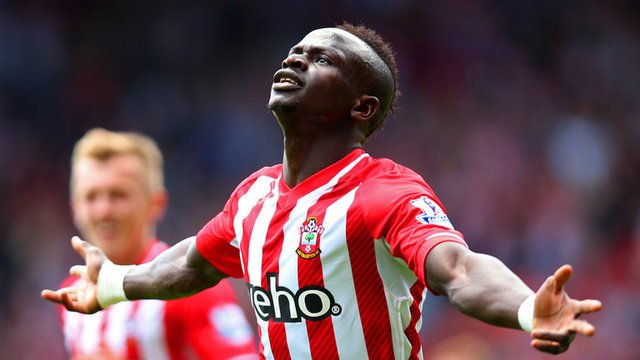 Although all of the talk over the last couples of days has been Liverpool’s interest in Leicester City fullback Ben Chilwell, the press is abuzz tonight with stories about the Reds making a move for Southampton attacker Sadio Mane with the South Coast club apparently very receptive of the £30mil offer currently on the table.

After missing out on Bayern Munich attacking midfielder Mario Gotze, the name of the Senegal international has been bandied around as a potential alternative to the German World Cup winner. It’s hard to say for sure, but according to some reliable sources — and some dubious hacks — Liverpool boss Jurgen Klopp has been interested in the player since his days in charge of Borussia Dortmund.

You can make of that what you will, of course, but a deal for Mane doesn’t seem too far fetched and all and for a player that’s bagged himself 21-goals and 9-assists in the Premier League alone over the past two seasons, the fee isn’t all that off point either. Considering their history of raiding St. Mary’s Stadium for talent, a working relationship exists between the two clubs and if they’re willing to accept £5mil in add-ons to follow an initial payment of £25mil, it’s hard to see this deal taking too long to wrap up.

Despite qualifying for Europe next season, Southampton has seen a bit of an exodus from the club with boss Ronald Koeman taking up the vacant managerial spot at perennial underachievers Everton and highly rated defensive midfielder Victor Wanyama reuniting with former manager Mauricio Pochettino at Champions League bound Tottenham Hotspur. The Reds, for their part, may not have qualified for Europe, but it’s believed that Mane is keen to work with Klopp at Anfield — which goes without saying, because who wouldn’t be? That dude is awesome.