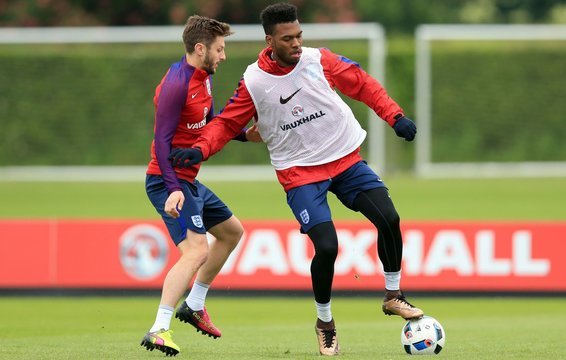 After looking very much like a dull spoon drilling in to concrete, rumour has it that England boss Roy Hodgson will look to replace Tottenham Hotspur striker Harry Kane with Liverpool hit-man Daniel Sturridge when the Three Lions face off with Iceland in the Round of 16 at the European Championships tomorrow. Having scored the winner against Wales, the Reds forward looks the better fit to create something against what’s sure to be a static Icelandic defense.

“It might be difficult for Jamie Vardy to have any influence because there won’t be much room in behind to run into,” said Sky Sports analyst Alan Smith ahead of the match tomorrow. “I think somebody like Daniel Sturridge will play a big part. Somebody that can just drift into areas, see a pass, do something different and give us that little spark, because we don’t need to go toe to toe with them in terms of slinging the ball into the box,” he continued, before adding that whoever plays will have to take their time, “The two centre-halves [Kari] Arnason and [Ragnar] Sigurdsson are very good aerially, very strong, and that will suit them, so we have got to be cute, try and get the ball wide and be patient.”

If he isn’t given the nod up front, the 26-year old could be pushed out wide to replace Manchester City winger Raheem Sterling with the 21-year old under pressure after a poor showing in France thus far. On the other flank, Three Lion’s boss Roy Hodgson remains hopeful that another Liverpool man will be available with Adam Lallana having picked up an ankle injury in training on Friday.

The former Southampton captain was pictured hobbling around with an ice pack strapped to his foot. Although there’s yet to be official word on his status, Lallana is expected to be ready for the meeting with Iceland. Although he’s yet to find any real end product, the 28-year old was lively throughout the Group Stages having started every match for England. If he’s not fit to play a part, in the very least, Liverpool fans will be hoping his ankle problem is nothing serious and he’ll be well rested and ready to roll when their extensive pre-season kicks-off next month.