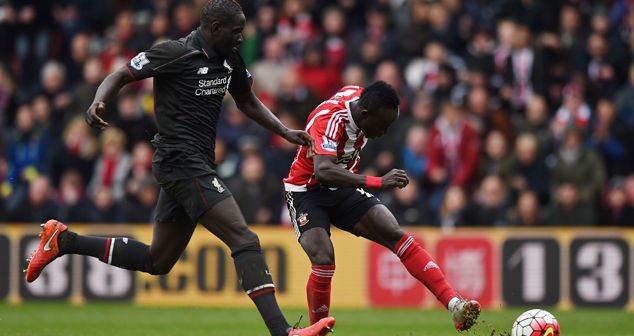 Having put pen to paper on a five year deal yesterday after completing a big money move from Southampton, new Liverpool attacker Sadio Mane has generated a lot of attention in the media with the 24-year old becoming the fifth player to trade the South Coast club for Anfield in the past three seasons. While that well worn route has seen some mixed results for those that end up in the North West, the history of commerce between the two sides seemingly had no bearing on this deal with Reds boss Jurgen Klopp finally signing a player he’s been tracking since his time at Borussia Dortmund.

“I have followed Sadio for a lot of years since his impressive performances in the Olympics in 2012, and then watched his development in Austria and in his time at Southampton,” the Liverpool manager told the club’s official website. “Since I came here I have spoken to the staff a lot about him and have always felt he could be a very good signing for us. He has a lot of quality, works hard and has a very good goal scoring record,” added Klopp, hinting that his output in front of net was a major factor in his decision to splash the cash. “When I spoke to him I could tell that he was passionate about joining the club and playing for our fantastic fans. I think they will be just as excited about seeing him put on a Liverpool shirt as I am.”

Mane, of course, knows all about the Reds having scored against them four times last season alone — including a famous brace as the Saints came back from two goals down to win 3-2 in a pulsating encounter at St. Mary’s Stadium in March. Introduced at the break, the Senegalese attacker pulled one back just after the hour and was on hand to bag the winner only minutes after Graziano Pelle restored parity late in the day.

“We met two or three times on the pitch and in the tunnel,” French defender Mamadou Sakho told media outlet RTS 1 en Direct when asked about the 24-year old moving to Anfield and what he might discover at the club. “It’s already been four years that I’ve been at this fantastic club and he will discover that by himself.”