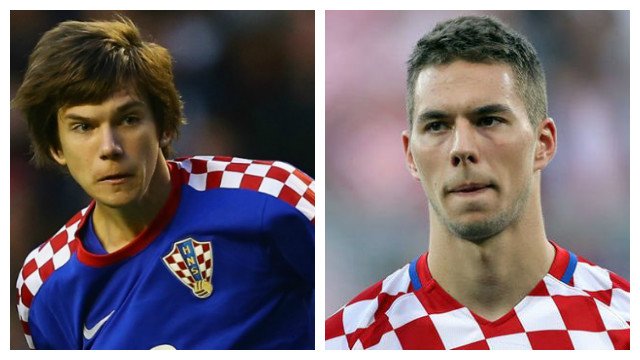 Liverpool have reportedly stepped up their pursuit of Dinamo Zagreb youngster Ante Coric with Croatian media outlet TPortal saying that the Reds have lodged a “concrete proposal” thought to be in the region of £12.8mil for the wingers services. Bagging five goals and assisting in a further six as the Prva HNL side romped to their 18th title, the 19-year sealed a spot in Croatia’s Euro-2016 squad, but failed to make an appearance as they crashed out in the Round of 16 at the hands of Portugal. Echoing the ongoing situation with Udinese midfielder Piotor Zielinski, the Anfield outfit are thought to be going head to head with Italian side Napoli for his signature, but the player himself has since denied he’s in talks with them over a move.

“There is no truth in that,” the 19-year old told Vecernji. “Napoli are a great club, but they are of no interest to me,” he added, quickly getting shot of the media reports to the contrary. “I haven’t heard anyone from there and can say there is nothing concrete in this,” he continued. “For now I am under contract with Dinamo, then we’ll see what happens.”

Should that turn out to be a feint within a feint, there has been whispers that the Reds are also tracking Coric’s teammate Marko Pjaca. Napoli, of course, are also in the running for his signature with a bid of €25mil by the Italian side on the table already, but Juventus is rumoured to be his preferred destination with the 21-year old willing to play pretty much anywhere for the reigning Serie A champions. While running out for the Old Lady sounds like a pretty decent way to spend the next couple of years, his agent has been far more open to the prospect of his client playing for someone else – specifically, AC Milan.

“Milan are after Pjaca, although the player is also being followed by other great European clubs,” his agent Marko Naletilic told Italian outlet ItaSportPress. “[Silvio] Berlusconi’s club has a small advantage but words are wind. If they want to take him to Milan, what they need is cash, because Dinamo Zagreb have set a high price for such an important player,” he continued. “What’s certain is that he’ll end up playing in a great club,” mused Pjaca’s representative. “Juventus wanted him some time ago, but Dinamo refused to sell him.”