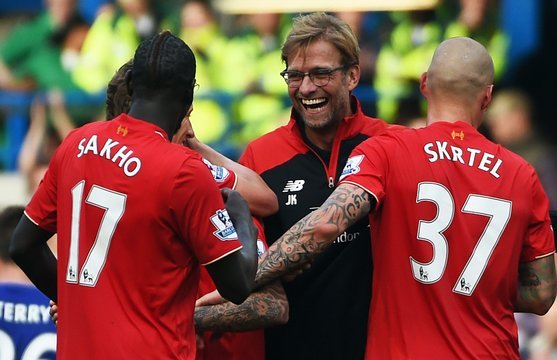 After personally attending the UEFA hearing into his failed drugs test, Liverpool defender Mamadou Sakho will be made to wait for a decision over whether or not he’ll incur an additional ban with an unnamed source at the European governing body telling ESPN that he should find out “in due course, but not before next week.”

Having already served a 30-day ban, the Frenchman is technically clear to play for the Reds as they kick-off their extensive pre-season campaign against Tranmere Rovers later today, but it’s widely unlikely that he’ll be cleared to feature by the Anfield outfit until a ruling is passed down. Sakho voluntarily withdrew from action after UEFA found a banned substance that’s been widely reported as a fat burner during a routine drugs test, though they’re now questioning whether or not it should be illegal at all — the very same argument that his legal team is using in his defense.

While Liverpool waits for that to shake out, they have seemingly stopped dragging their feet over long serving defender Martin Skrtel’s move to Fenerbahce with the Slovakian hard-man reportedly in Turkey to finalize terms before completing a medical with the Yellow Canaries. Injuries and poor form saw the 31-year old slip down the pecking order at Anfield over the last season and he’s very much looking surplus to requirements under Jurgen Klopp. Fenerbahce, for their part, have already announced on their website that they’re in advanced talks with him so unless this all falls apart at the last minute, his £5.5mil move to the Turkish juggernauts should finally be completed in the coming days.

“The clubs have agreed,” said Mihat Halis, a representative from Skrtel’s management company, Stars and Friends. “We just have some personal details to sort out, it is nothing that won’t be sorted,” he continued, putting off to one side any talk that the protracted move won’t go through. “It is going ahead.”