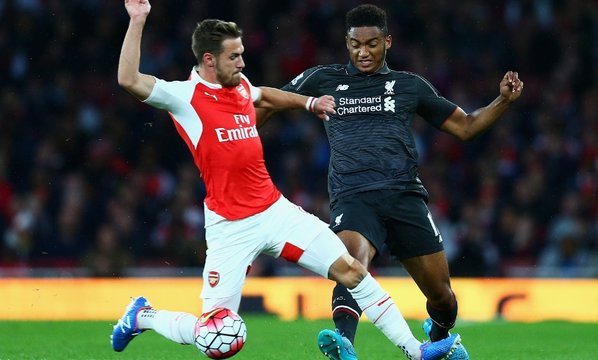 On the very same day that the club confirmed that Martin Skrtel has left for Turkish club Fenerbahce, the Reds have been handed a major injury blow with youngster Joe Gomez suffering a fresh injury in training that will keep him sidelined for the foreseeable future.

After initially impressing following his move from Charlton Athletic last summer, the 19-year old spent the vast majority of the campaign on the sidelines with a knee problem — now, he’s taken the same route as fellow defender Mamadou Sakho by picking up an Achilles injury. According to a number of news sources, the club are hopeful that this time he’ll spend “weeks rather than months” on the treatment table, but at this early stage, no one knows for sure.

Liverpool are bit short staffed at the moment; veteran defender Kolo Toure was released from the club last month and Tiago Ilori, who spent part of last season on loan with Aston Villa, has been called up by Portugal for the Olympics. For those of you keeping track, that leaves only new arrival Joel Matip and the consistently inconsistent Dejan Lovren as the Reds recognised senior central defenders.

This, of course, makes for good copy for the rumour mill and the Anfield outfit are now expected to dip in to the transfer market to find cover ahead of the new season. While there’s a good possibility that they may look for a loan option similar to the one that brought Queens Park Rangers defender Steven Caulker to the club last season, a permanent move could be in order — too bad Borussia Dortmund hard-man Neven Subotic has already agreed to join Premier League newcomers Middlesbrough FC. This would have been perfect opportunity to finally make that reunion with Reds boss Jurgen Klopp as reality…