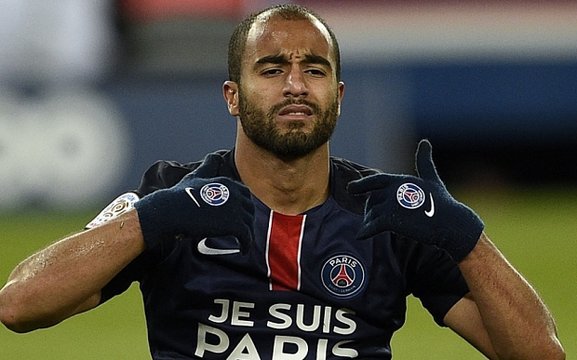 Although Liverpool have already brought in Senegalese attacker Sadio Mane from Southampton to help bolster their attacking options for the new season, the Reds continue to be linked with a number of different forward thinking players as boss Jurgen Klopp looks to shape his squad for the upcoming season.

With youngsters Jordon Ibe set to confirm his move to AFC Bournemouth any time now and youngster Sergi Canos already linking up with Championship side Norwich City, the Anfield outfit has lost two pacey players that are able to play out wide — a gap in the squad already identified by the German tactician. For the most part, the rumour mill can link almost any highly rated winger with a move to Anfield and have the story gain some traction, but there might be more than just ad generating headlines at work here with reported Liverpool target Lucas Moura insisting that he has no intention of leaving Paris Saint-Germain.

“No. I’m happy here,” the Brazilian told media outlet Foot Mercato when asked about speculation linking him with a move away from the Ligue One champions. “I like Paris. I love the club. I like everyone,” he continued. “I always said I wanted to stay. I want to write my story here,” he added, before putting the decision in the hands of the French outfit. “But it depends on the club too. If the club wants me to stay, I stay.”

Having bagged an impressive domestic haul of trophies, there’s little to grumble about at PSG; that is, unless you’re the ownership group. Winning trophies in France is all good and well, but having missed out on their primary objective of securing some European silverware, the French club has replaced Laurent Blanc with new coach Unai Emery — a man who knows a thing or two about winning on the continent. Whether or not that has an effect on on Moura’s future remains to be seen, but the Spaniard knows what he wants and he could decide to let the 23-year old move on if he’s deemed surplus to requirements at the Parc des Princes.