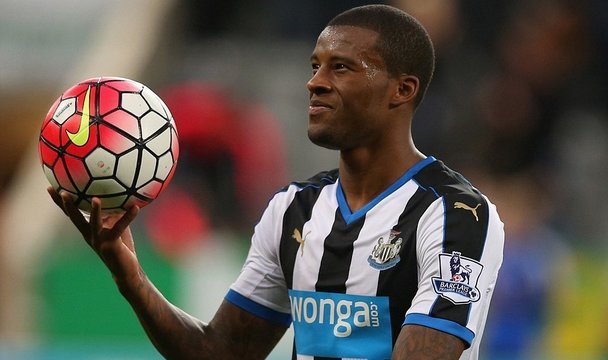 Despite speculation linking Newcastle United midfielder Georginio Wijnaldum with an almost immediate move to Liverpool, reports circulating late yesterday evening have the two clubs still some ways apart as they look to hash out a price for the talented Dutchman with the Reds offering somewhere in the region of £20mil and the Magpies wanting around £27mil — either fee a significant profit on a player that they paid £14.5mil for only last summer.

“He is so good,” said Newcastle boss and Liverpool legend Rafa Benitez. “He can play everywhere and do well… I think that his best position is behind the striker but we need quality now out on the pitch, so he can help in any position,” added the Spaniard, either a big fan of Wijnaldum or keen to talk him up to potential suitors. “He is one of the players that as a manager we enjoy to coach because he has pace, he has ability, and he is happy when he’s playing really well.”

Although it’s believed that neither party is ready to step away from negotiations quite yet, the player himself reportedly isn’t even on Tyneside to weigh in on discussions. Capping off a 6-0 rout of Irish Premier Division team Bohemians with the winning goal in Saturday’s friendly in Dublin, Wijnaldum flew to his native Holland following the match rather than returning to Newcastle with the rest of the squad. Now, just what that means is open to interpretation, but since the club were relegated back in May, it’s been strongly suggested that the 25-year old be looking to leave the club in the summer rather than spend a season in the Championship. Having been stifled in their attempts to sign promising youngster Mahmoud Dahoud from Borussia Mochengladbach and grown frustrated in the ongoing transfer saga that surrounds Udinese midfield man Piotr Zielinski, the Dutchman is fine alternative for Liverpool boss Jurgen Klopp’s all action system.

The two clubs may remain some ways apart on the fee, but the Reds may be prepared to send a player in part exchange with long serving midfield destroyer Lucas the most to make the move to St. James Park. The Brazilian is being tipped with a move to Turkish giants Galatasaray, but he’s made his preference for staying in England known and could be tempted by a reunion with the man who brought him Anfield in the first place.