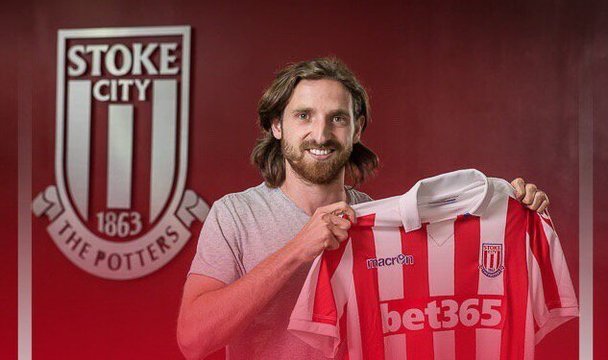 After Liverpool initially accepted an offer of £13mil from Stoke City for Joe Allen over the weekend, things have progressed quickly between the two clubs with the Welshman completing a medical in the Potteries early yesterday before pen to paper on a five year deal.

“It’s all come relatively out of the blue to be honest,” said the 26-year old, speaking to Stoke’s official website only minutes after completing the formalities. “I saw that an offer was accepted over the weekend and things have obviously moved really quickly since then. Mark Hughes has achieved great things here at the Club already and he sold the Club to me in terms of their ambitions moving forward,” added Allen. “You can see from the outside, with where the Club has finished and the business they have done in the transfer window, that they are moving in the right direction.”

With only a year left on his contract with the Reds and with talks over a new deal yet to get underway, the Welshman was keen to have his future sorted out this summer. Some outstanding performances for his country at the European Championships in France over the past two months raised his profile quite a bit and though there was interest from both former club Swansea City and even Spanish side Sevilla, it was a conversation with the Potters boss that ultimately did the trick.

“As soon as I spoke to him I knew that this was a move I was happy to make – I am just really delighted to be a part of it,” said Allen. “He is a Welshman too, and I am sure that he took a keen interest in what we were doing out in France,” he added with a smile. “I think that maybe some of the performances that I put in out there may have been what sealed my move here.”