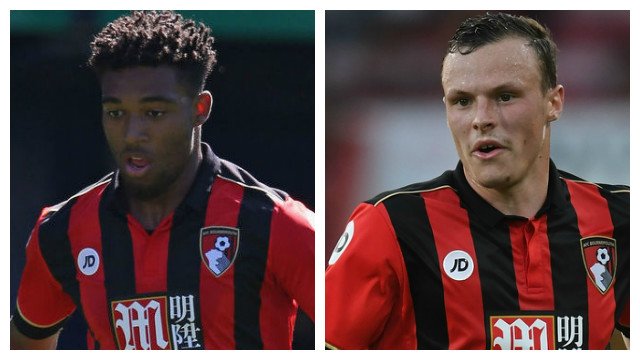 Although Liverpool duo Jordon Ibe and Brad Smith were being tipped to become first team regulars for the Anfield outfit in the coming years, Reds boss Jurgen Klopp decided to avoid going down the loan path for the promising pair and instead allowed both of them to leave for AFC Bournemouth — but not without insisting that a buy-back clause be put in the deal.

“Things like this are usually really expensive but these aren’t,” he told the Liverpool ECHO when asked about the club letting two promising players leave. “Yes, there’s a bit of a risk. It’s not that you can sell someone for £10m with a buy-back clause of £8m. That would be fantastic,” said the German with a laugh. “The difference between loaning a player and selling a player isn’t so great. Of course you get a fee when you sell a player. But in both situations you think they are old enough and ready to play but in that moment they don’t have a fixed position in your team.”

Tipped as the natural heir to Manchester City man Raheem Sterling, unfortunately, Ibe under-delivered over the previous campaign and with his chances of securing a first team spot for the coming year looking unlikely, was allowed to move to the Cherries for £15mil last month. In a similar situation due to a lack of European football, Smith followed not long after for £6mil.

“We will watch them, they will have pressure there, they will fight for the league or whatever, and we will see them growing up in pressure situations,” mused Klopp. “Now Smith and Ibe are there and we have buy-back clauses. Hopefully they do really well and then in the end we and them will decide,” added the Liverpool boss. “The goodbyes were okay with both of them. Liverpool is still in their hearts so we will have a chance if they do well.”