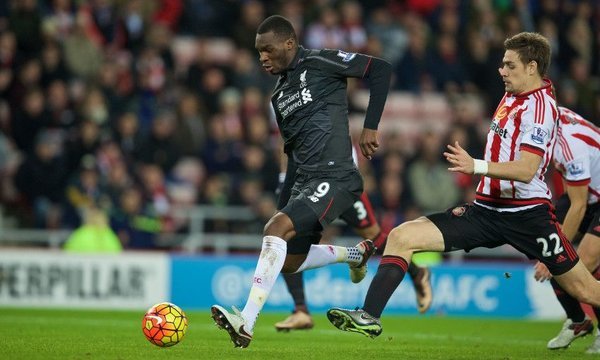 It was no surprise that Liverpool striker Christian Benteke sat out the Reds 4-3 win over Arsenal at the Emirates Stadium on Sunday as the Anfield outfit continue to look for a suitor for the out of favour Belgian. While there remains a lot of interest within the Premier League, there are still overtures coming from abroad with Turkish champions Besiktas keen to take him in on loan — despite ruling out making a move for him earlier this month.

“Benteke is a great player but he has a very high market valuation,” said Black Eagles president Fikret Orman. “I want Benteke but Liverpool want a lot for him, it won’t be an easy transfer but we will see,” added the Besiktas man, with his vice-president echoing those sentiments. “Benteke is a player we are interested [in],” explained Ahmet Nur Cebi. “We are pushing for him and would want him to be transferred to the club.”

Liverpool, of course, are far more interested in a permanent deal for the former Aston Villa man, but as the deadline approaches, they might be forced to consider a temporary solution to this very permanent problem. Looking to recoup almost all of the £32.5mil they paid the Villans for him last summer, the Reds have thus far refused to compromise on their asking price despite the player reportedly agreeing to terms with Crystal Palace last month. The Eagles remain the front runner for his signature, but West Bromwich Albion have emerged as potential rivals for his signature and there are whispers that West Ham United — who made their interest known back in June — could make a late play for his signature. Regardless of who comes to the table, they better be ready to open their wallets.

“Having six strikers is a little bit too comfortable but it’s still possible,” said Liverpool boss Jurgen Klopp, ruminating on his bloated squad. “If anybody thinks that because we have more than one striker, we make presents to other clubs, that’s the biggest misunderstanding in world football. We will 100% not do this,” stressed the German. “We have to bring them all in the best shape. Until the 31 August, I can change my mind if I want, each second. We will wait.”