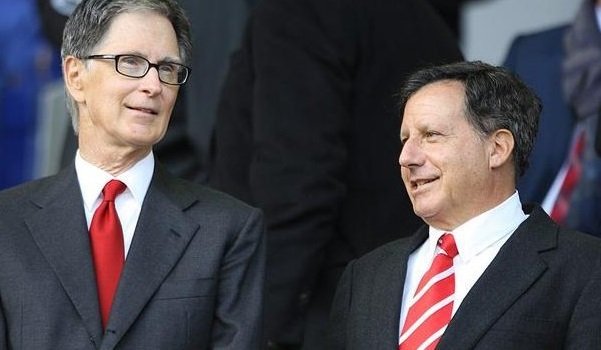 Although they’ve insisted yet again that they have no interest in selling Liverpool, ownership group Fenway Sports Group have admitted that they would be open to selling a minority stake in the club if the right opportunity with the right investor came along.

“At the same time we’ve been clear that we actively pursue commercial opportunities which in turn helps us invest in the squad and win football matches,” said Reds chairman Tom Werner, speaking to the Liverpool ECHO. “These commercial discussions can be complex and we’ve said in the past, under the right conditions and absolutely with the right partner, we could look at some small investment stake in the club,” continued the American businessman, before stressing once again that they’re not looking to part ways with the whole kit and caboodle. “But only in the framework of doing what would be in the club’s long-term best interests. I want to reiterate that the club is not for sale.”

Rumours have long dogged the Boston based consortium that they’re just looking to up the value of the club before running off like thieves in the night. While arguements can be made either way to support the theory, they’ve remained adamant that they’re here for the long haul — and, after handing wildly popular boss Jurgen Klopp a new six-year deal during the summer, they’re looking forward to watching the German restore the club to past glories.

“There were some great moments last season,” mused Werner. “We were in Basel – talk about a tale of two halves,” said the chairman, thinking back on the Europa League final. “Last season was probably a bit of a transition for Jurgen but the overall impression I had was we enjoyed some wonderful moments. The match against Dortmund at home was thrilling. We are very confident that Jurgen and his staff will lead us to many successes going forward,” said the American. “It was a very exciting start to the season against Arsenal. Everyone would agree we looked somewhat sluggish in that first half. But to play such magnificent attacking football in the second half was terrific. We’re looking forward to seeing what this season holds.”