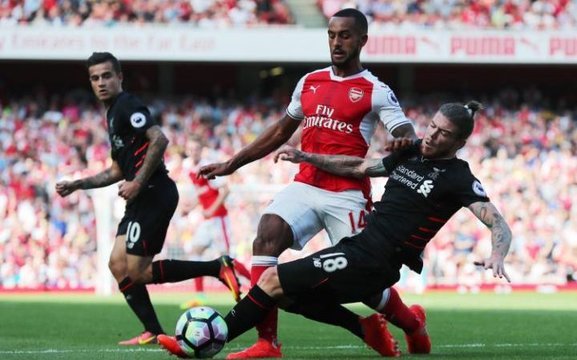 After he put in a disappointing display against Arsenal last week, sportsbooks around the globe will be having a field day setting odds on just how bad Alberto Moreno is going to be when Liverpool visit Burnley tommorow. The club circled the wagons around the Spaniard in the wake of last Sunday’s calamitous performance to try to mitigate the damage and ahead of their trip to Turf Moor, the man himself hit back at his critics.

“I’ve got a lot of belief in myself. Football is about opinions, and not everyone watching a game can have the same opinion. I realise you can get criticism, both positive and negative. There are thousands of fans and everyone likes to have their opinion. But it’s not about taking notice whether three or four people criticise a performance,” explained Moreno. “It’s better not to read the press. It’s best just to keep an open mind and avoid reading too much into what is written,” continued the former Sevilla defender. “I believe as a footballer it is all about living day to day and letting your achievements do the talking. The confidence that I have is having played 90 games in two seasons for a team like Liverpool, if three or four individuals want to carry on then let them. It doesn’t bother me.”

While it’s certainly been more than “three or four people” piling on the fullback, some of the remarks aimed at him have been completely unjustified — something that boss Jurgen Klopp addressed in his pre-Burnley press conference. Stressing that the club needs to “defend together differently” and refusing the place the blame on any one player, the German manager did what he could to stop the witch hunt, pointing out there are ten other players on the field wearing the same red shirt.

“In football everyone can make mistakes, even Lionel Messi can make mistakes, we’re all human,” mused Moreno. “It’s about keeping going and keeping positive,” added the Spaniard, keen to move on from his woes against the Gunners. “I love Liverpool Football Club, I’m happy with my form and how I’ve played. The fans are happy with me as well.”

One thought on “Alberto Moreno Avoiding the Press, Happy with His Performances for Liverpool”