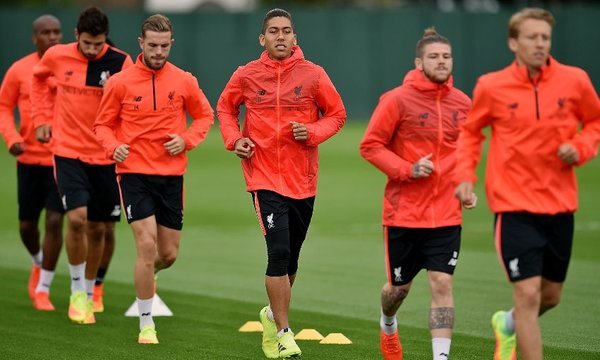 Liverpool boss Jurgen Klopp will be looking to get his house in order in the League Cup meeting with Championship side Burton Albion tomorrow night after he watched his side concede five goals in their last two games. While in one of them they also scored four, coming out on top to claim their first win away to Arsenal in five years, his second outing of the season was less than memorable with the Reds scalped by newly promoted Burnley FC in what will be a day to forget for the charismatic German.

He’ll have much fonder memories of the England’s second Cup though after guiding the Anfield outfit to the final last season where they narrowly lost out on penalties to Manchester City — still, not the best thing to look back on, but still better than losing at Turf Moor after seeing a staggering 81% of the ball over 90-minutes.

While those are stats that former Liverpool man Brendan Rodgers or even departed Manchester United manager Louis van Gaal would be proud of, Klopp wasn’t pleased one bit. The easy route to a story would be to say that defensive errors once again cost us with Nathaniel Clyne giving the ball away cheaply for the first and Ragnar Klavan getting rolled far too easily for the second, but the Reds manager nailed it right on the head when he said it was their attack that let them down. Taking nothing at all away from the Clarets, who more than deserved the three-points, when you’re given an opportunity to set up shop in your opponents half, it’s our job to make it count.

It could be a similar story on Tuesday night, but for the visitors, it’ll hopefully be one with a different ending.

“Everybody is looking forward to a brilliant week for the club. It’s not one of those weeks where if you don’t win you’re going to get relegated so we’re just going to enjoy it,” said Brewers boss Nigel Clough, speaking to the press ahead of a massive outing for the Staffordshire club. “There’s no point in sitting back because they’ll murder us if we do that,” explained the Burton manager, dismissing any notion that they’ll look to park the bus. “We have got to go forward and create.”

And after having a look at how Burnley boss Sean Dyche did it, they’ll probably be getting forward exclusively on the counter-attack. That the Clarets had only three shots on goal — two of which found the back of the net — tells a story in and of itself, but the gulf in class between Burton and the newly promoted Premier League minnows is evident and will only be increased with Brewers captain John Mousinho unavailable with a hamstring problem and Kyle McFadzean beat up, but likely to feature, after a physical encounter with Blackburn Rovers.

With a trip to Tottenham Hotspur looming at the weekend, Liverpool are expected to make a number of changes with the likes of Marco Grujic, Emre Can, Divock Origi and Kevin Stewart expected to feature, but Klopp won’t shuffle his whole pack with some fitness concerns and other “issues” making that prospect difficult.

“Yes, of course we’ll make changes, but not every change,” said the German manager, taking questions from the press at Melwood earlier in the day. “It depends a little bit what the doctor will tell me in a few minutes, but it’s not likely that we’ll change seven or eight positions because I’m not sure we could. That’s not the plan,” continued the Reds manager, hinting that Sadio Mane could find some time on the pitch after missing out against Burnley with a shoulder problem. “It’s another game, an important game, so we have to show that we can do better than last Saturday, of course.”

If you’ve been coming around here for awhile, you’ll probably already know that silverware is important to me — and there’s nothing I’d like more than to see Klopp dancing around with a trophy in hand. Obviously it’s way too early to start talking about that, but the fact that our boss is willing to take the domestic cups seriously is refreshing to me with so many clubs and supporters acting like their a nuisance rather than a real shot to achieve something special. Maybe a trip to the Pirelli Stadium on a Tuesday night isn’t glamorous enough for you, but that’s where the road to Wembley starts; and, if we’re not careful, it could very well end there too.