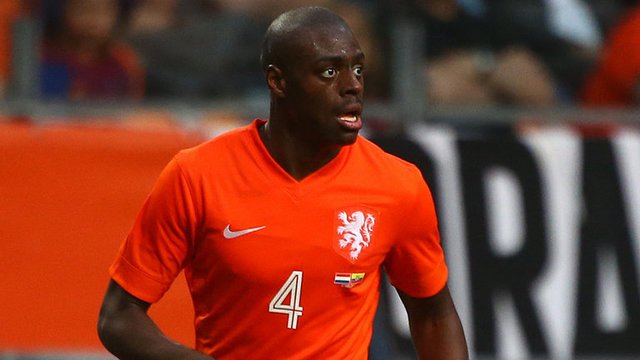 Although Liverpool boss Jurgen Klopp has publicly pined for the close of the transfer window with the media “obsession” with clubs signing players obviously getting him in a tither, the enigmatic German also didn’t rule out drafting in another player or two before the September deadline and it looks like the Reds are trying to do just that with a rumoured £4.3mil bid for versatile FC Porto defender Bruno Martins Indi reportedly rejected by the Portuguese outfit.

While details remain about as sketchy as they could possibly be, the Anfield outfit have been linked with a move for the Dutchman for some time now and their initial offer could only be the start of a chase that’s almost certain to go right down to the wire. Or, at the very least, the media will make it seem like there’s high drama until someone says otherwise.

It’s still early doors to go spouting off about the start of the campaign, but after giving up three goals in an opening day win over Arsenal and failing to find the net as newly promoted Burnley FC claimed the Merseyside giants as their first scalp of the season, it’s safe to say that Liverpool are still having problems at the back. Klopp, of course, has publicly backed embattled fullback Alberto Moreno after the Spaniard came in for some particularly harsh criticism, but after starting James Milner in his spot for the past two matches, it appears that his faith in the defender is shaken. Couple that with rumours that Mamadou Sakho, who is on his way back from a Achilles injury and is lacking match sharpness after being cleared of a doping charge that has kept him out of action since the Spring, could be sent out on loan and a move for Martins Indi, who is able to fill in both centrally and on the left, doesn’t seem far fetched in the least.

“If one game should change my mind then I would be a real idiot,” said Klopp following the loss to the Clarets at the weekend. “I know you would all buy a left-back but a midfielder?,” mused the German, sounding a bit cranky as the media continued to push transfer talk. “Will I (spend money)? The answer is I don’t know,” explained the Reds boss, before adding a rather cryptic, “We will see.”