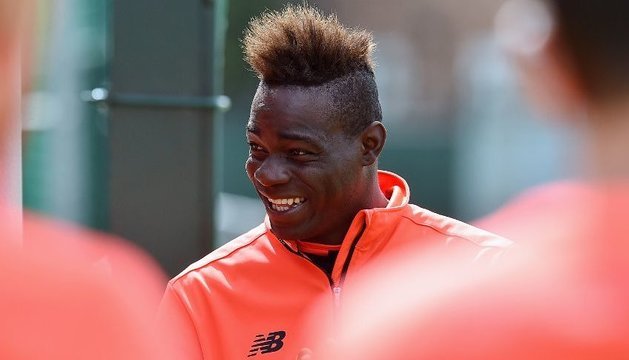 As the close of the transfer window draws closer, Liverpool outcast Mario Balotelli is still without a suitor and facing the prospect of spending the first half of the season watching from the sidelines. Frozen out of the Reds and training on his own, the troubled Italian striker has been the subject of constant speculation, but concrete offers for his services have been few and far between. While links to the Chinese Super League and Major League Soccer have all but amounted to nothing, the 26-year old could end up moving somewhere in between with Swiss club FC Sion reportedly in talks to bring him in on loan.

“I can confirm that we’re speaking, negotiations are underway,” club president Christian Constantin told ticinonews.ch, sparking a flurry of media activity and speculation over whether or not the former Manchester City man would be interested in a move to the Stade Tourbillon. “Of course, I can’t say now if it will be successful or not.”

It looks like the Swiss side will soon be short on attacking options with star striker Moussa Konate linked with a move to newly promoted Hull City and attacking midfielder Edimilson Fernandes set to complete a £5.5mil move to West Ham United and they’re looking to Balotelli to help fill the gap. While it’s unlikely that he’d pleased to take such a drastic step down, there’s little doubt that Liverpool will be taking any and all offers for his services seriously as September draws closer — which, obviously, includes letting him return to Serie A with Bologna confirming they’d be willing to take a chance on the potentially disruptive Italian.

“Of course I would be okay with Balotelli joining the club,” said former Italy boss Roberto Donadoni. “What is discussed behind closed doors and what is said publicly must remain behind closed doors. All I’ll say is that such a move is still far-fetched but I don’t hide the fact that big names are coveted by everyone and Mario is one of those players,” added the Bologna manager. “The key thing is that anyone who comes here has to have the correct attitude and work rate for our team. If they don’t, then we can’t afford to have him. But if the player is available and shows that willingness to work, then he is certainly welcome here.”