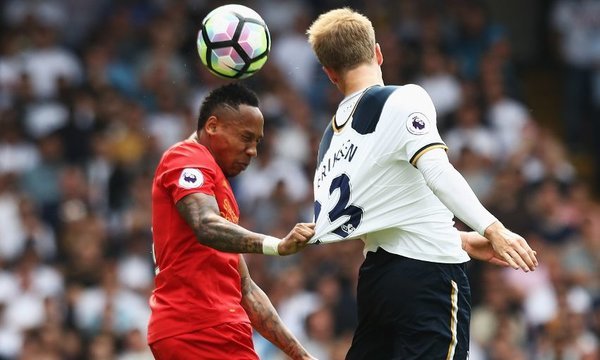 After storming back from a disappointing loss to Burnely FC last weekend by trouncing Championship side Burton Albion in the League Cup on Tuesday, expectations were high going in to the meeting with Tottenham Hotspur at White Hart Lane, but the Reds got about all they deserved from a disjointed performance with the two sides sharing the spoils.

After a blistering start from the hosts, Jurgen Klopp’s men took control of proceedings but were unable to beat Spurs stand-in shot-stopper Michel Vorm as the Dutchman produced a string of fine saves to deny Liverpool talisman Philippe Coutinho on two separate occasions. The Merseysiders went in to the break in the ascendancy after James Milner broke the deadlock from the spot, but Mauricio Pochettino was spared his first loss of the season when Danny Rose finished from close range after some sustained pressure from Spurs saw their visitors give up the goods.

Considering that we’d kept only two clean-sheets in our last thirteen outings, it was hardly a surprise to see us concede, but after giving up three to Arsenal and a pair to Burnley, it’s fair to say that things have certainly been worse. Of course, they’ve also been better.

“Four points, we probably should have had more. But if you look at the performances, we’re not too far away from hitting that level, we have played pretty well,” said the Reds vice-captain, speaking to the press following the final whistle. “[We’re] disappointed but that’s football ultimately, it’s all about results. As long as we keep performing and doing the right things, and don’t get impatient with it, I’m sure more results will come,” explained Milner. “It’s a pretty solid start to the season.”

Considering our recent form against the North London outfit, one could have expected us to have all three-points — and had a Sadio Mane goal not been ruled out for the most marginal of offsides following a blazing counter-attack midway through the second half, we could have very well been leaving the Captial with our second win in as many trips there, you know already that football isn’t always fair.

If nothing else, it was a far more cohesive performance than anything else we’ve seen from them in the Premier League this season. Joel Matip, handed his league debut after impressing against Burton, looks as cool and confident going forward as he does at the back and the former Schalke 04 defender came within inches of opening his account after glancing a header just over Vorm’s crossbar. Jordan Henderson and midfield partner Georginio Wijnaldum matched up well against the likes of Victor Wanyama and Delle Alli as the Anfield outfit controlled the pace and tempo for much of the match, though that inconsistent streak struck back before the final whistle to deny us full points.

I’m sure I’m not the only one left a bit frustrated by this one, and without a good way to close this off, I’ll just say this: if you’re a work in progress, you still need to put in work before you really see the progress. We’ve got a ways to go, we’re on our way — and that’s good enough for now.