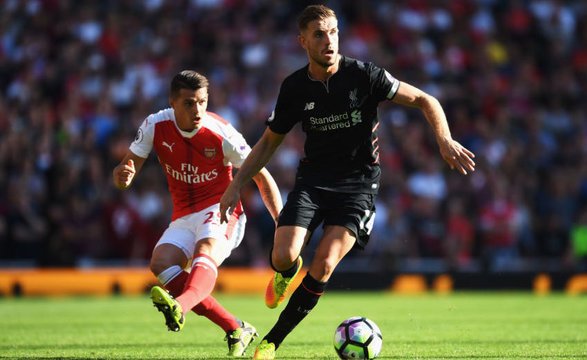 Liverpool captain Jordan Henderson has been slow to hit the ground running so far this campaign. With only three games in, the skipper has been under recent criticism among some Liverpool supporters and made certain fans, including myself, to question his ability of his leadership skills and having such a huge responsibility on his shoulders in captaining Liverpool Football Club. The question that is being raised by supporters is if Jordan Henderson can live up to the expectation of being Liverpool captain.

Why has Hendo been criticized?

Three games in, it almost seems unfair to judge any players performance at any level, whether it be Lionel Messi or Adebayo Akinfenwa. Most players are still getting their fitness levels back up to speed, and that is certainly the case for the skipper. A video was published on the internet of a compilation of what was described as ‘another average performance’ by the Reds captain against both Burnley and Burton Albion. Despite the disappointment of the 2-0 defeat to the newly promoted Clarets, Henderson had the most touches (146) and made the most passes (133) of any Liverpool player over the entire 90 minutes. Understandably, the lack of creativity is warranted for criticism to some extent, as for his inability of creating goal scoring chances which is something that has been missing for a while now. Last season, his first as captain, due to a recurring heel injury, he only managed 15 starts in the Premier League, scoring 2 goals and assisting in 3. There is a question of his ability to deal with the pressure of captaining a team of the Reds caliber. Whilst the responsibility rested on club legend Steven Gerrard, Henderson enjoyed a successful two-year spell making 71 starts, scoring 10 goals and assisting 16 times from the 2013/14 and 14/15 campaign, playing a pivotal role, in particular, the season which seen us come so close to winning the league title.

Form is temporary, Class is permanent as they say.

To be Liverpool captain, it is without a shadow of a doubt that you certainly need to have both of these elements. Unquestionably, Gerrard was and will probably always stay the greatest ever player to play for and captain Liverpool as he was so consistent with his form. Henderson has shown glimpses of his class over his career thus far and at 26 years old, in a squad without Steven Gerrard and Luis Suarez, it may seem as though he is not the right man to lead Liverpool. After their 1-0 loss during pre-season against league rivals Chelsea, Gerrard was inspiring everybody to get behind Hendo, “…if we all get behind Henderson and he finds his top form he can be a very big asset for Klopp this year. I’m hoping he starts the season strong, gets his confidence early and I think he will be a big player for us. I just want everyone to get behind him and give him that chance”.

Unfortunately, that form has yet to come from Hendo in the early games of the season. However, as Liverpool fans, it is our duty to support and get behind our players to give them the confidence they need to do well for the club and perform at the very best they can possibly play. Prior to Liverpool’s 1-1 draw on the weekend against top 4 rivals Tottenham Hotspur, former Liverpool midfielder Jamie Redknapp expressed how impressed he was with the Anfield outfit on the opening weekend against Arsenal, however he expressed concerns with their midfield as a whole.

“I saw them at Arsenal and there were elements in their game that were fantastic. Their pace, the way they attacked was a joy to watch. But Liverpool are missing a vital element in their midfield.” The missing element is the holding midfield role that Liverpool lack, “It’s a vital role. They need someone who knows where to be when they haven’t got the ball. That’s not Jordan Henderson. He’s an attacking midfielder.”

I could not agree more with Redknapp on this statement. During Henderson’s best seasons for Liverpool, he was encouraged to get further up the pitch which allowed him to be more creative and play his best football. Of late, Jurgen Klopp has put the skipper as the holding midfielder due to injuries to Emre Can and Lucas Leiva, including Saturday afternoon’s game against Spurs and away to Burnley and Burton Albion in the League Cup. Despite his critics, he certainly put in a good shift on Saturday at White Hart Lane compared to his last two; a major contributor to the high press and showing signs of improvement playing in the holding midfield role, the skipper helped Liverpool control the game for the large portions, however he failed to flaunt his creative side to help the Reds secure the 3-points they deserved.

For Henderson, his ability to lead is certainly present vocally, unfortunately, his skills and abilities on the pitch is not quite there. Whether that be due to fitness or confidence, he needs to improve quickly — which hopefully he will. There is are few things better than seeing an inform Henderson; optimistically, one is enormously confident that his performances will vastly improve and we will soon see Henderson showing his critics that he is up for the challenge and that he deserves to captain our great club.

One thought on “Is Jordan Henderson Up for the Challenge?”