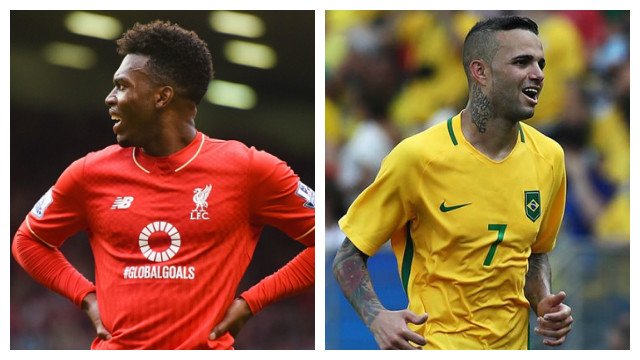 After grumlbing to the press about being played on the wing, Liverpool striker Daniel Sturridge was resigned to watching from the bench as the Reds ran out a 1-1 draw with Tottenham Hotspur on Sunday amid rumours of a bust-up between him and the boss as well as interest from Arsenal in the seemingly disgruntled forward.

“I’m really happy that we have him. He will play and he will score and all will be good,” said Liverpool manager Jurgen Klopp, talking to the press following the draw with Spurs at the weekend. “He didn’t have a a perfect pre-season, other players have played more together in pre-season and that’s an advantage,” explained the German tactician when asked about waiting to introduce him until the final minutes. “We brought Origi on because it made sense to bring someone on for the counter attack, but we didn’t find him. It’s early in the season. A few players have rhythm, a few don’t. There’s no big mountain for him, Daniel,” added Klopp. “It’s a good team so hopefully we’ll choose different line-ups for different games.”

While a move to North London is highly unlikely considering how late it is in the transfer window, rumours of a move for Gremio striker Luan will do nothing to quell talk of a speedy exit from Anfield. It sounds like the kind of tabloid tattle that comes along with September drawing near, but reports of the Reds bidding €35mil — and being turned down — for the services of the Olympic gold medalist has the internet abuzz. Klopp has already said that he has too many strikers, but after selling Christian Benteke and preparing to ship Mario Balotelli off to whoever will have him, we wouldn’t be quite as deep in that department should Sturridge also hit the bricks. Gremio, for their part, aren’t exactly keen on doing business, but it sounds like they’d be willing to consider their options should an acceptable bid come their way.

“There was nothing about Luan. Really nothing. But I want to admit here that there are so many talks that I think that outside of Grêmio there’s something,” said the president of the club, Romildo Bolzan. “But to Grêmio, who are the definer of the business, who will decide if the player leaves, if we accept the price of transaction, who own 70% of his economic rights, to Grêmio absolutely nothing has arrived.”

One thought on “Sturridge Expected to Shine Amid Arsenal Rumours, Gremio Reject Reds Bid for Luan”