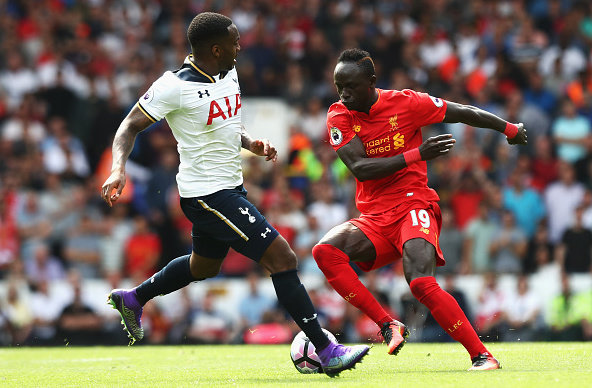 After missing out against Burnley last weekend, Liverpool attacker Sadio Mane was all business earlier in the week as the Reds romped to a 5-0 win over Championship side Burton Albion on Tuesday and he put in a similar live-wire, all action performance as the Anfield outfit played out a 1-1 draw with Tottenham Hotspur on Saturday.

“I thought Sadio Mane was excellent in the first half,” Liverpool legend Gary McAllister told the club’s official website. “Right from the very first time I saw him in a Liverpool shirt he has been excellent,” explained the former Reds midfielder. “He is very bright and he has goal in him as well,” continued the club ambassador. “He can also create goals and has pace.”

Consistently the visitors best player on the ball, Mane was a constant threat at White Hart Lane and was the architect behind much of Liverpool’s most poignant attacking play throughout the 90-minutes. A tireless runner and strong on the ball, the Senegalese attacker gave Tottenham fullback Danny Rose a tough time — something he was more than willing to admit.

“It was probably the hardest game I’ve had in the last few years, chasing Mane up and down,” said the Spurs defender. “But overall a point is a fair result,” added the Englishman, who found the back of the net midway through the second half to cancel out James Milner’s well struck penalty. “I took a gamble,” explained Rose, saying that he wanted to limit how much he joined the attack lest he leave space for Mane to explouit. “I didn’t want to go forward too much … but I managed to get in at the back post.”