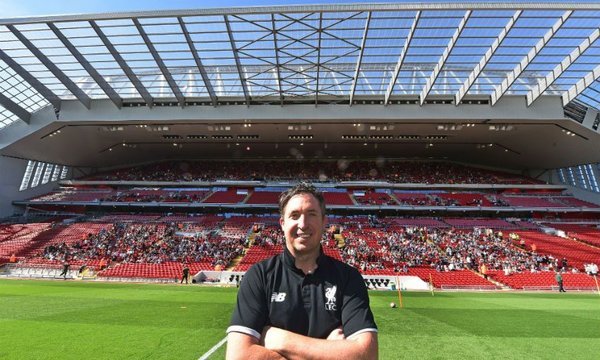 In the past two years Liverpool football club has undergone a major transformation, one of the biggest in the clubs history. Anfield, the home of the Reds, has been under redevelopment since the owners announced in December 2014 that the Main Stand would be completely renovated to form a colossal new main stand.

It seems so surreal that its completion is imminently upon us and its first game in use is just under two weeks away when league champions Leicester City travel to Merseyside on September 10th. That should mean that the club will have a new record attendance of just over 54,000 spectators. The new Main Stand now holds just over an impressive 20,000 seats compared to its previous capacity of 12,277, making it the fourth biggest single, all-seated, stand in the UK.

In the past week, Liverpool Football Club invited just under 5,000 fans to take their place in the newly developed stand for a test event to watch the Liverpool under-18s train, allowing supporters to experience the new facilities and spectacular views. This wasn’t the only time the club invited fans to experience the stand; On Bank Holiday Monday, test event two gave more Reds the opportunity to experience the new facilities, bringing the total to 15,000 fans over the two day event. Under-23s boss Michael Beale, could not believe his eyes when his young side took to the Anfield pitch in an open training session on Monday, taking to social media by saying how much of “a fantastic improvement to Anfield” the new Main Stand is. Club legend Robbie Fowler also took part in the second test event, prior to the open training session and said on Liverpool’s official site that, “It will be brilliant to have another 8,500 fans in the stands this season, and I can’t wait to experience the extra noise and atmosphere that creates.” Fowler also coined the opening of the new main stand as, “a very important moment in the club’s history.”

With just under 9,000 extra seats to fill, Anfield will certainly have an even greater match day atmosphere outside as well as inside the stadium, with the returning fan-zone located at the Anfield Road end being a popular place to have a pre-match drink. The new Public Realm, which is at the new and improved Main Stand, will definitely create a bouncing atmosphere against the Foxes as we welcome the Reds back to Anfield for the season.