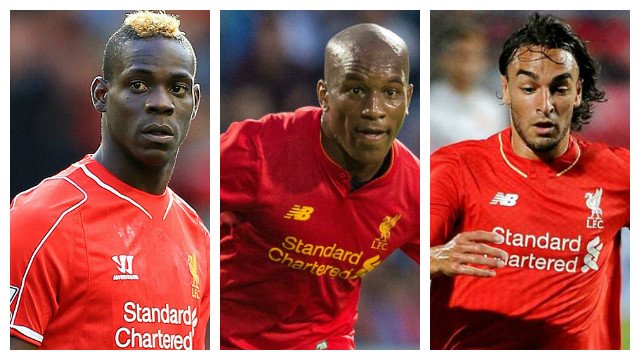 After confirming earlier in the day that forgotten midfield man Luis Alberto has made a permanent move to Serie A side Lazio, Liverpool have confirmed a host of other players have left the club with Reds boss Jurgen Klopp cleaning shop.

First and foremost, Mario Balotelli has made a move to French side Nice on a free-transfer. After being told that he was surplus to requirements following a season long loan with AC Milan, the troubled striker has been looking for a new club all summer. A return to Italy with Palermo was being mooted, but Liverpool were looking for a permanent deal and found one with the Ligue One team willing to take a chance on the 26-year old — though Reds legend Jamie Carragher still believes that even though they got him for nothing, they still paid over the odds for him.

Going out on his fourth loan in as many years, Andre Wisdom is headed for Austrian champions Red Bull Salzburg. Behind the likes of Joel Matip, Ragnar Klavan, Dejan Lovren, Joe Gomez, Lucas and even Mamadou Sakho — who refused the chance to make his own temporary switch despite reportedly being told he won’t play this season — the 23-year old is entirely unlikely to play any first team football this season.

Speaking of players who aren’t in the first team picture, Lazar Markovic has gone out on loan for the second season on the hop with the Serbian attacker returning to Sporting Lisbon for the season. Having rejected a chance to return to Portugal earlier in the transfer window, he apparently had a change of heart and will hook up with Primeira Liga club despite having held out hope of forcing his way in to Klopp’s plans.

One thought on “CONFIRMED: Balotelli, Wisdom and Markovic Leave Liverpool on Deadline Day”