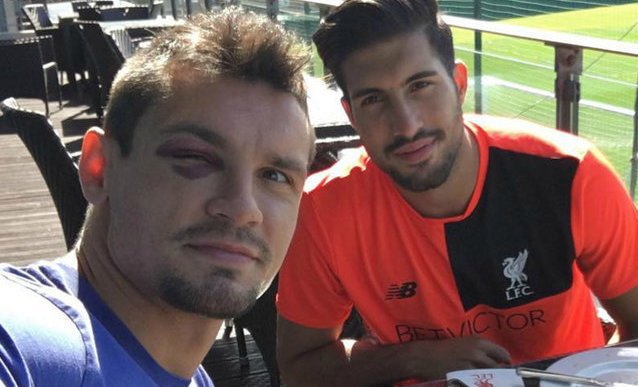 After dismantling reigning Premier League champions Leicester City at the weekend, Liverpool will be looking to keep their positive momentum when they travel to Stamford Bridge on Friday. Reds boss Jurgen Klopp has been handed a major boost in the fitness stakes ahead of the clash with Chelsea with midfield general Emre Can and defender Dejan Lovren both expected to be fit in time for the trip to the Capital.

Can, who has been out of action since picking up a knock in the League Cup win over Burton Albion at the end of August, has returned to full training and could be named to the bench if all goes well during the week. Lovren, on the other hand, was expected to face the Foxes at the weekend, but picked up a head injury in training on Friday which saw Lucas drafted in to the heart of the defense alongside Joel Matip.

Although he’s yet to link back up with the boys, the Croatian defender is being tipped to return to Melwood within the next couple of days and be ready for the meeting with the Blues. On the other side of the field, Chelsea captain John Terry is set to miss Liverpool’s visit after picking up a foot injury in their 2-2 draw with Swansea City at the weekend. Photos of the veteran defender leaving the Liberty Stadium on crutches prompted speculation that he had broken his ankle, but a scan has confirmed that’s not the case. With his skipper set to spend the next 10-days on the sidelines, Blues boss Antonio Conte is expected to hand David Luiz, who returned to Stamford Bridge from Paris St. Germanin on Transfer Deadline Day, his debut in place of the injured Terry in a match that Reds manager Jurgen Klopp believes will be a tough go for his side.

“We had a minimum of 30-35 minutes at Arsenal which I hadn’t seen until then from us, in the kind of movements and clearness. We were really so strong and quick and clear,” said the German, speaking to the press following the win over Leicester. “And now Friday, Chelsea, it’s pretty much clear it will be a real challenge too. Chelsea plus the Italian manager – not a lot of space, I’m pretty sure,” mused Klopp. “So we have to be prepared and we will be prepared.”

One thought on “Lovren and Can Expected to Face Chelsea, Terry Sidelined with Ankle Problem”