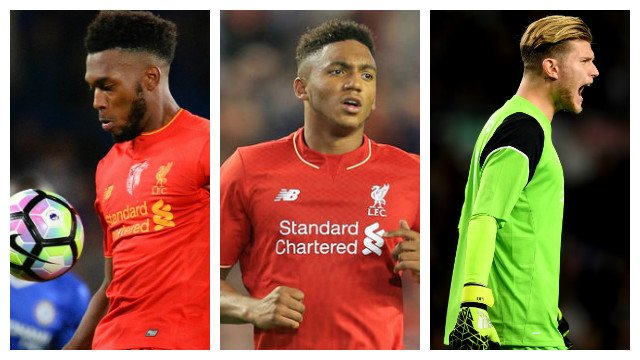 After easing to comfortable victories over Chelsea and Derby County in the League Cup, Liverpool will look to keep the good times rolling when newly promoted Hull City roll in to town at the weekend. Speaking to the press ahead of the meeting with the Tigers, Reds boss Jurgen Klopp gave a quick fitness update with Daniel Sturridge — who was substituted just before the hour mark at Stamford Bridge and missed the meeting with Rams entirely — and defender Joe Gomez two of the main topics of conversation.

“It was different with Daniel,” said the German manager, who was quick to wave away any suggestions that the injury prone striker picked up a knock despite being hauled off early against the Blues. “He had a few issues after the game, he didn’t train but he trained yesterday (Wednesday),” explained Klopp, glossing over the problem. “Now we have another two days until Saturday and we will see if he will train all the time and is ready for the (Hull) game,” added the Liverpool boss before giving a quick update on long term absentee Gomez. “Joe is doing well but he’s not team training yet.”

After starting his first competitive match for the Reds at Pride Park, it was expected that summer signing Loris Karius would continue between the sticks, but echoing comments he made earlier in the week, Klopp refused to be drawn on who he would name in net with a recall for Simon Mignolet looking just as likely as the German retaining his spot in the starting eleven.

“Whatever decision I make for the next game is not a final one, it doesn’t mean we will go like this through the next five years or something,” he said, keeping the conversation over who would be the best option alive. “I can imagine that the view of this is different though [than to choices for other positions], but that’s all. It’s a decision on a very high level, because I’m really happy with both of them,” explained Klopp. “I’ve got nothing to say about this here, but like always, when I decide for the next game, it’s a decision for the player and not against another player. That’s always the same, so you have to wait and see.”