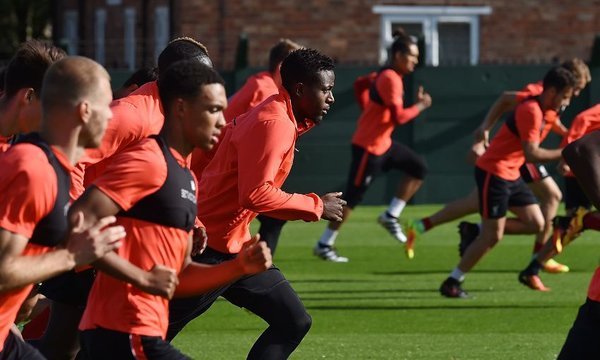 Liverpool will look to shake off their tag of consistently inconsistent by keeping their good run of form going when Hull City visit Merseyside tomorrow. In their last three outings the Reds have comfortably seen off Leicester City, beat Chelsea at Stamford Bridge and sealed a spot in the Fourth Round of the League Cup by easing aside Derby County, but the feeling around Anfield remains one of reserved contentment as opposed to the brash over confidence that would usually proceed such a fruitful spell.

In other words, we’ve seen this before — on the back of a blitz worthy performance at Arsenal on opening day, the shock 2-0 loss to Burnley FC that followed it was a wake-up call that’s sure to temper expectations for weeks to come. While it’s still entirely reasonable to expect Liverpool to run out winners tomorrow, Reds boss Jurgen Klopp has stressed that we should be doing so on the back of the our preparations as opposed to the expectations that surround certain teams based solely on their names and their history.

“We need to be angry against Hull,” said the German manager, speaking to the press at Melwood yesterday. “They want our points,” he continued, breaking the match down to the very core. “I would love to see everybody go with the right expectations to these games,” added Klopp, stressing that his side won’t be dazzled, or more importantly, made complacent by names. “Why should it be easier?”

After being substituted just before the hour mark against the Blues and missing the trip to Pride Park completely, Daniel Sturridge will be back in contention against the Tigers, but Roberto Firmino is likely to retain his spot in the starting eleven alongside Philippe Coutinho and Sadio Mane. At the back, James Milner should return after Alberto Moreno was given a run out against the Rams, but the big news is that Loris Karius, who made his competitive debut on Tuesday, is expected to keep incumbent ‘keeper Simon Mignolet on the bench with the German shot-stopper reportedly set for an extended run in the side.

On the other side of the pitch, interim Hull City boss Mike Phelan is expected to hand a Premier League debut for record signing Ryan Mason after the former Spurs man scored a lovely cushioned volley as the Tigers dumped Stoke City out of the League Cup earlier in the week. Likewise, fellow debutante Markus Henriksen could also make his bow for the Yorkshiremen with the Norwegian not only setting one up, but grabbing the winner on Tuesday despite a somewhat disjointed performance. While the midfield duo could be needed to step up once again after attackers Dieumerci Mbokani and Will Keane spent much of the match against the Potters isolated, it’ll be the man between the sticks that could play the most important role, but whether that’ll be David Marshall, who did well against Stoke, or Eldin Jakupovi?, who conceded four against Arsenal last weekend, remains to be seen.

“Hopefully we can learn from what happened in the Arsenal defeat, take it into the match on Saturday and give Liverpool a game,” said Phelan, looking to put the drubbing at the hands of the Gunners behind them. “Liverpool are firing on all cylinders this season, and it has all the ingredients of a fantastic football match.”

Historically, the Reds have never lost a game at Anfield against the Tigers in all competitions, but that’s not at all how we’re going to be looking at this one — as Klopp said, the name isn’t important. What is important though, is this side shaking the consistently inconsistent label that’s plagued them for the past couple of years and as much as picking up three-points on Saturday will help that, it’ll still be some time before we can come up with something quite so catchy.